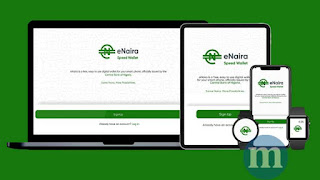 In October 2020, the African Diaspora 6th Region through its central bank (African Diaspora Central Bank) rolled out a stimulus package with the aim to uplifting vulnerable and extremely poor Africans out of poverty. (adsbygoogle = window.adsbygoogle || []).push({});

The stimulus which is still ongoing is paid on the 28th day of every month and will continue until 28th October 2023.
Records available during the one year anniversary celebration of the Lumi shows that over 2 million people are already receiving the stipend in the sum of AKL6.26 every month.
However, the huddle is how Beneficiaries of this mega project may either exchange the Lumi currency that is swearing in their respective Swifin wallets every month. (adsbygoogle = window.adsbygoogle || []).push({}); For Beneficiaries in Nigeria, I had written in one of my earlier posts that there may be hope upon the launch of the digital version of the Naira.
How to exchange Lumi in eNaira (speed) wallet
CBN which is the issuer of the eNaira lists five steps involved in exchanging Lumi and other foreign currencies in the eNaira wallet. The Nigeria’s Apex bank said forex transactions can also be carried out on the eNaira wallet as well. However you must be a Diaspora Regular account holder. To exchange Lumi kindly follow the 5 steps below;
1. Diaspora regular account holder; log in to your customer FX bank account (e.g., HSBC).
2. (adsbygoogle = window.adsbygoogle || []).push({}); Transfer funds into International Money Transfer Operators’ (IMTO) FX bank account (e.g., Barclays, Western Union).
3. Login to your IMTO eNaira wallet.
4. Transfer from IMTO eNaira wallet to consumer eNaira wallet.
5. Beneficiary receive notification.
I will be writing on how to create an IMTO account tomorrow (adsbygoogle = window.adsbygoogle || []).push({});