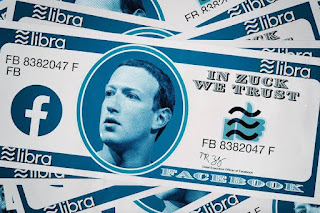 A few years ago, governments were not prepared to accept any potential systemic disruption that digital currencies could have on the international monetary system. But positions have been changing drastically.

Facebook’s June 2019 announcement of its own digital currency, initially called Libra, then known as Diem, was a shot heard around the world and served as a wakeup call for many governments and financial institutions. If a private company with 2.8 billion users can issue a digital currency that circumvents sovereignty over money supply, what effect could this have on the international monetary system? 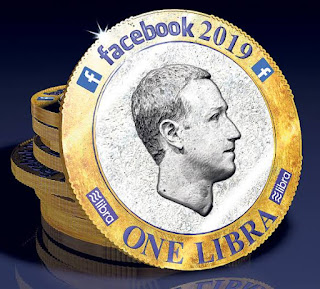 The Facebook announcement catalysed governments and central banks to reconsider their stance on digital currencies. As the European Union and the United States reacted with shock over the project, which has since stalled, central banks ramped up investigations into digital currency strategies. The People’s Bank of China (PBOC) had already been quietly developing their Digital Currency Electronic Payment (DCEP) initiative since 2014.

“China has accelerated the timetable for deployment of the digital renminbi. Trials have progressed from sporadic testing to pilots in important economic zones to scaled stress testing. Now referred to as the e-CNY, it is anticipated that commercial release of the digital renminbi will commence by the Beijing 2022 Winter Olympics”.

It was designed as a two-tier system. The first tier is a centralised account-based system for issuance and redemptions. This was designed to operate through commercial banks though in theory consumers could have direct accounts with the central bank. In the second tier, commercial banks are responsible for redistributing the digital renminbi as the consumer-facing interface to the broader financial ecosystem. Its implementation is intentionally open-ended allowing for more decentralised infrastructure such as through distributed ledger and blockchain technology. This two-tier system is flexible and pragmatic and other central banks including the Federal Reserve are researching similar frameworks.

Central bank digital currency (CBDC) design must address issues of cybersecurity, privacy protection and data sovereignty. There has been concern that it is possible for the Chinese government to monitor transactions all the way to those between individual consumers through the new infrastructure. In reality, there is not much difference with what already exists as a global standard in the international monetary system. China’s central bank has chosen to implement ‘pseudo-anonymity’, where transactions between consumer wallets are not tracked. Transactions, for instance, can be made offline through technologies such as near-field communication. 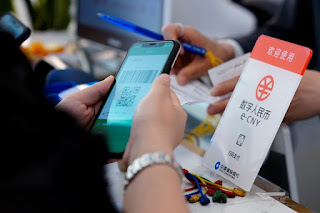 The digital renminbi has led the rest of the world and countries are now playing catch up with their digital currency strategies. 86 per cent of central banks report that they are researching or piloting CBDCs.

There is a sentiment that there is a first-mover advantage in implementing a CBDC and that this will give China’s renminbi an asymmetric advantage in competing with the US dollar as a global reserve currency. But international reserve currency status depends on the depth, efficiency and dependability of a country’s financial markets, as well as trust in its legal and regulatory ecosystems. It is unrealistic that implementing the digital renminbi will be singularly influential in propelling the renminbi. A world populated with digital currencies where technology allows seamless and instantaneous convertibility from one sovereign currency into another may obviate the need for a dominant global reserve currency.

Digital currencies do, however, render obsolete many of the existing standards and rules of the international monetary system and could blur the lines that define conventional geographies, economies, industries and regulatory regimes.

“The decentralised finance movement behind the 2020 Bitcoin bull market and the associated explosion of stablecoins — privately-issued digital currencies that peg to a stable reference such as the US dollar — has further accelerated global interest in CBDCs”.

International organisations such as the Financial Action Task Force have issued broad guidelines for how digital currency transaction metadata needs to be passed along to ensure compliant financial transactions. By 2022–23, G20 members, the IMF, the World Bank and the Bank of International Settlements will have completed stablecoin regulatory frameworks and the research and selection of CBDC designs, technologies and experiments. These rules need to be further refined into best practices and implemented.

Financial centres around the world are jockeying to lead the charge in developing the digital asset ecosystems of the future. The international monetary system is rapidly evolving into a more multipolar, decentralised ecosystem driven more by bilateral trade dynamics and less dominated by geopolitical considerations.

“Current dynamics are allowing the international monetary system to evolve gracefully as many of the critical global economies and trade blocs are simultaneously adopting digital currencies. This will enable every country to have a seat at the table and participate in a more resilient global economy without friction or lack of access”.

This new international monetary system will not only be available to traditional financial institutions but the whole spectrum of the economy — small-to-medium enterprises, as well as the 1.7 billion unbanked individuals. Universal access to cross-border payments, remittances, banking services and financial investment products will allow the whole world to participate more fairly and equitably in the globalised economy. The brave new world of digital money is on the horizon and just in time to help provide more resilience for the international monetary system, connect world economies and drive massive financial inclusion for the benefit of all.