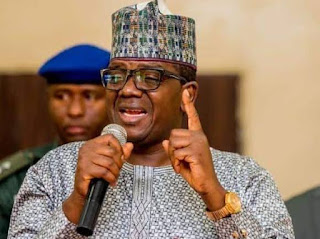 Zamfara’s Governor Bello Matawalle told newsmen in Gusau on Friday that security forces had rescued as many as 544 people kidnapped in the state over the past two months.

Matawalle made the revelation speaking to supporters of the All Progressives Congress (APC) who attended the swearing-in ceremony of 21 political figures at Government House.

He noted that the recent shutdown of mobile communications has allowed security personnel to achieve enormous success in the fight against banditry, including the rescue of kidnapped people.

According to him, the security forces also carried out a series of arrests of suspected bandits and their collaborators during the period. He added that large quantities of alcoholic beverages and hard drugs intended for bandits were seized during the period.

The governor promised that the war on bandits and other criminals would continue until the state is secure for investment.

Matawalle praised the security forces for moving groups of bandits from their hiding places and arresting numerous informants.

The governor also commended members of the public for their patience and support for security operators.

Matawalle also spoke about the state’s vast mineral resources and assured that the government is working with stakeholders to harness the resources for the growth and development of the state. Meanwhile, the governor urged the new candidates to use their rich experience to fulfill their responsibilities.

Speaking on behalf of the new candidates, Alhaji Muktar AhmadDarma, a commissioner, thanked the governor for finding them worthy of the nomination. He assured him that they would carry out their duties with the utmost dedication to the success of the government.