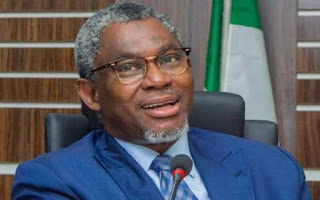 The Mining Catastre Office (MCO) has already generated 3.88 billion naira from January to October 2021, exceeding the 2.3 billion naira recorded in 2020.

The Minister of Mines and Steel Development, Olamilekan Adegbite, revealed it at the 5th Annual Nigeria Mine.

The theme for this year’s mining week is titled “Seven Compelling Reasons to Invest in Nigeria’s Mining Sector”.

The AGC is responsible for the management and administration of mineral rights, which are considered the cornerstone of a secure mineral rights system.

Adegbite said MCO, one of the agencies under his ministry, has done well in reaching the amount despite the challenges of the COVID19 pandemic, With two months left this year to get more income.

“The secret of the sudden leap can be attributed to the introduction of ‘First come, first served’ and ‘Use it or lose it’ in licensing administration.”

It helped reorganize, eliminate speculators and lead revocation of around 1,566 mining licenses, and triggered many dormant licenses and an increased inflow of revenue into the public treasury, ”he said.