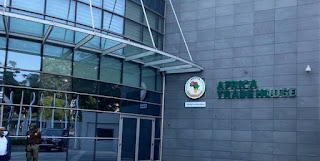 Ghana was selected by the Assembly of Heads of State and Government of the African Union to host the Secretariat of the African Continental Free Trade Area (AfCFTA), and the Maroon Territories on the Island of Jamaica were designated by the African Union in 2018 as headquarters for the Diaspora Sixth-Region. The Maroon states are located on the Island of Jamaica and were established in 1739 by Peace Treaty with the British; it is the oldest African territory in the Western hemisphere.

The proposition for cooperation has been put forth by the Yenwa of Badagry Kingdom, His Majesty Chief Semako I.  He said

“The purpose of ECO-6 is to establish a formal framework whereby investments as well as a broad sphere of other economic and social engagements between Africa and the Diaspora can be facilitated. By building the physical headquarters for the Eco-6 and CFTA Secretariats in tandem, we are able to both symbolically and as a matter-of-fact launch a new era of cooperation between Africa and the Diaspora. This is what our ancestors have been fighting to achieve for generations, and now we finally have destiny in our hands.”

“The AfCFTA will cover a market of 1.2 billion people, with a combined gross domestic product (GDP) of $2.5 trillion, across the fifty-four (54) Member States of the African Union that have signed up to the Agreement”. 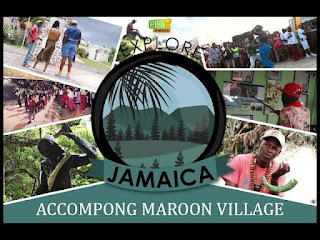 Although the ECO-6 framework remains in its earliest phases of development, it covers the Africa Diaspora of almost 350 million people making it potentially the third largest “populace” of the world after China and India. The Diaspora currently contributes remittances in excess of $45 billion annually to the continent, however, the ECO-6 framework seeks to mobilize investments from historic Diaspora (descendants of Africans enslaved during colonialism) across the Caribbean, the Americas and Europe. The South-South trade market is valued at $4.3 trillion, while a successful cooperation between AfCFTA and ECO-6 has a project market value in excess of $8 trillion. (adsbygoogle = window.adsbygoogle || []).push({});