Tor Kwande, His Royal Highness Chief Ambrose Iortyegh briefed Governor Samuel Ortom over the discovery of Golgotha in his domain. The Governor who was accompanied by the speaker of the state house of assembly and some of his cabinet members inspected the mass graves and pits where Iorwuese Kpila and his cohorts had been dumping the remains of their victims.

Benuecast gathered that the governor wept when he was told that each of the graves contained at least 15 corpses.
Iorwuese Kpila had on Monday told the security team that arrested him that he lost count of the people they’ve killed and buried in that community. Some of his victims are travellers from the south who normally plies the Calabar -Adikpo – Katsina federal road. 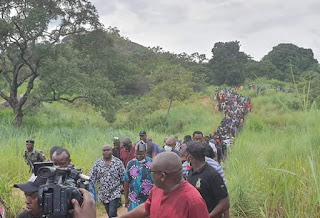 There is a very deep quarry pit where PW Construction Company operated before the expiration of their contract with the state government, Dr. Kwagh a korum menenge (Iorwuese Kpila) confessed dumping over seventy-five dead bodies in it. One of his victims who tried to escaped when they struggled to tie a big rock around his neck and throw him in the quarry pit that is presently filled up with rain water was killed and buried by the roadside and planted cassava on his shallow grave. 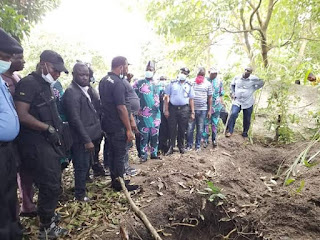 Benuecast learnt that his mother and siblings evacuated the village in 2015 when her son started the murder game leaving him (Iorwuese) and his nuclear family (consisting wife and two kids). 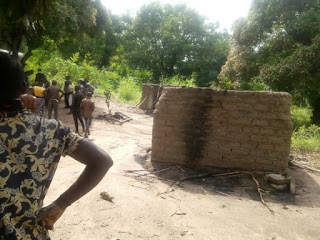 The governor and his entourage had a closed-door meeting with elders and traditional rulers in Tor Kwande’s palace yesterday. 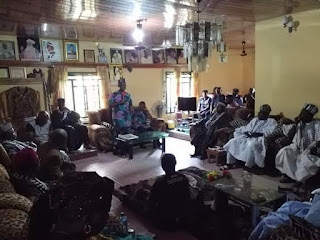 How Iorwuese Kpila was arrested and details of the meeting will be updated later today.