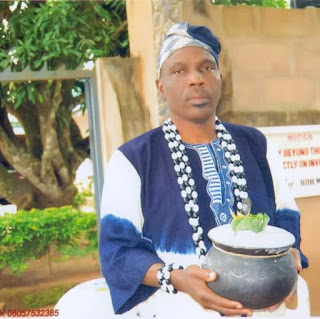 The district head of Usar in kwande local government of Benue state, His Royal Highness Zaki Tivlumun Ako Shande has reiterated the need to revive the Tiv cultural heritage haven seeing the efficacy of Swem in the Ushongo mystic killings.
He said, it wouldn’t have been easy for the security to arrest Iorwuese Kpila and his gang if not for the spiritual pull force which is one of the powers of swem.
Iorwuese Kpila wasn’t sort by the security team that arrested him, he was in the neighboring Taraba state even before the swem was broken by the elders of his community in a bid to stoping all criminal activities especially the all night high way robbly and kidnappings.
It is believed that the said SWEM has the reprisal power to terminate the existence of anyone who may perpetrate any evil act after it has been broken.
Iorwuese kpila’s gang went ahead to dare the deadly SWEM when the elders in one accord broke it earlier this month. They went ahead to mount road blocks and after robbing the people of their valuable would still kill them. 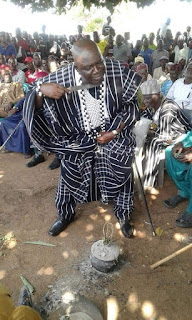 Mr. kpila returned from his journey by himself and upon arrival he was told to run but refused saying he is innocent and his truth will vindicate him. Of course the truth is unveiled, he is not forced to talk, he has never kept quiet at any information demanded from him even his gangs are willingly vomiting informations.
Our SWEM has power beyond what we saw in Gbatse recently, so I am encouraging us not to neglect our heritage. I have already prepared the SWEM for my community as well.