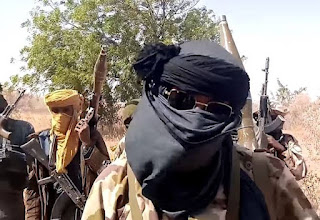 Ten persons were reportedly killed in an early hours attack on Friday by suspected herdsmen at Te’egbe village of Miangi District in Rigwe Chiefdom of Bassa Local Government Area of Plateau state.

The Nation had reported the herdsmen killed two persons in an ambush last Tuesday at Ancha village of Miango district, Rigwe Chiefdom of Bassa LGA.

It was gathered herdsmen launched the latest attack around 2:00am in the community during which ten persons were reportedly killed.

He said: “We are aware of the incident and we shall brief you”.

But several calls to the Military Information Officer of the Operation Safe Haven, Major Ishaku Takwa, were not answered as of the time of filing this report.

Governor Simon Lalong condemned the incident, in a statement by his spokesman, Dr. Makut Simon Macham, said: “The persistent attacks in this general area remain condemnable and unacceptable to Government.

“As such, no resources and efforts will be spared in painstakingly following up on the trail of those who derive joy in attacking and killing innocent citizens and destroying their homes and means of livelihoods.”

He directed the Plateau State Emergency Management Agency (SEMA) and the Peace Building Agency (PBA) to immediately visit the area and assess the level of damage with a view to carrying out immediate intervention and bringing succour to people who are in need as a result of the barbaric attack.