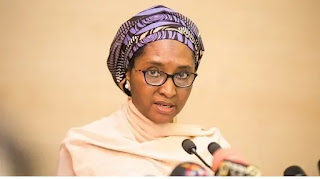 The Federal Government may deduct at least N2.4tn from the Federation Account to fund the N5, 000 cash palliative that will be handed over to 40 million poor Nigerians after the fuel subsidy has been removed next year.

This is just as newsway learnt on Thursday that the list of poor Nigerians on the Federal Government’s National Social Register had surpassed 42 million and may hit 43 million by December. This implies that the figure to be spent on the subsidy palliative may hit N2.58tn in one year.

When contacted on the telephone on Thursday on how funds for the N5,000 palliative would be sourced, Yunusa Abdullahi, the Media Adviser to the Minister of Finance, Budget and National Planning, Zainab Ahmed, referred to a statement by his principal after the Federal Executive Council meeting on Wednesday.

In the statement, Ahmed noted that the funding would come from FAAC allocations. FAAC which is headed by the Minister of Finance, comprises Commissioners of Finance from the 36 states, representatives of revenue-generating agencies such as the Nigerian National Petroleum Company Limited, Federal Inland Revenue Service, Department of Petroleum Resources, Central Bank of Nigeria, Nigeria Customs Service among others.

These revenue-generating agencies are expected to remit a specified amount of their revenue to the Federation Account which will be distributed among the three tiers of government.

FG to negotiate with FAAC members before deduction.

Ahmed, however, noted that negotiation was still ongoing.

“So these are things that we are still in negotiation because it’s still money that would have to come from the Federation Account. So everybody that is a member of FAAC will have to agree on the numbers.”

The Group Managing Director of the Nigerian National Petroleum Company Limited, Mele Kyari, had on Tuesday announced at a World Bank event in Abuja that the subsidy on petrol was not sustainable.

He said the Federal Government would in 2022 remove petrol subsidy paving the way for the sale of the product for between N320 and N340 per litre.

Also at the World Bank event, the Minister of Finance, Budget and National Planning said the subsidy was not benefitting the poor.

According to her, to cushion the effect of fuel subsidy removal, the Federal Government will give a transport grant of N5,000 each to between 30 million and 40 million poor Nigerians.

The N5000 transport palliative planned to be disbursed to 40 million Nigerians means the Federal Government will be spending a total of N200bn every month on the initiative. Since the government has said the initiative may last for 12 months, it follows then that the scheme will gulp N2.4tn in one year.

Meanwhile, impeccable sources in the Federal Ministry of Humanitarian Affairs, Disaster Management and Social Development, told newsmen that the government had already identified 42 million poor people hence the sharing of the N5, 000 would not be cumbersome.