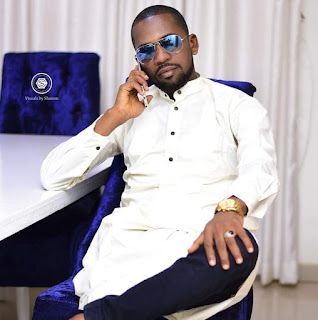 Ambassador Engr. Terwase Agbem Paul (TAP) has finally spoken. He said the alleged attempted kidnapping of the Bursar of J.S Sarwuan Tarka University is unfounded and more like a spiritual warfare against his humble personality.

TAP took to Facebook to thank those who took the risk to speak and identify with him while in detention. His own side of the story reads thus;

Yesterday, 21st June, 2021, a magistrate Court sitting in Makurdi, the Benue State Capital found merit in the arguments canvassed by my lawyers and granted me bail accordingly. 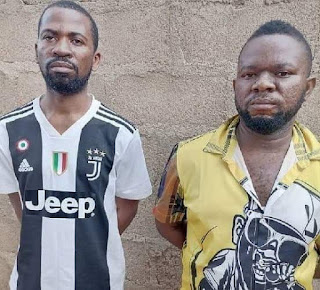 The past one Month has been tough for me, my family and close associates following my arrest, parade, detention and subsequent remand at the Nigerian Correctional Service facility in Makurdi, Benue State on account of an alledged “attempted kidnap” of the Bursar of Joseph Sarwuan Tarka University Makurdi over a speculated misunderstanding arising from his failure to pay me for the contracts my company executed in the University. A lot happened during this period.

Men of inordinate intentions had gathered and called for my head. So, on 21st May, 2021, I was in Makurdi and I lodged at Hallydays Hotel and Suites when some group of Police officers trailed my friend and Brother, Msonter Yaasa whom I sent on an errand and followed him to my hotel room where I was arrested.

As indicting as the allegation of kidnapping may be, I have come out to read a lot of comments and testimonies from many of you debunking the allegation levelled against me even before hearing from me.

During my period of incarceration, I was inundated with solidarity visits from individuals and groups from various parts of the Country. I do not take this love for granted.

I am truly humbled and I remain eternally grateful for all the support I have gotten from all of you who have made a comment or taken the risk of making various posts on different social media platforms in solidarity even when some imaginary members of my alleged  “kidnap syndicate” were on the run and it was possible for any other innocent person to be arrested and tagged a fleeing member of the said syndicate.

For those who know me and what I stand for, it was needless for me to come out and clear the air before they threw their weight behind me in solidarity. But for the avoidance of doubt and for the benefit of those who would still love to hear my own side of the story, I urge you to be patient.

The matter is subjudice and I have my lawyers’ advice not to divulge any sensitive information that may affect our case adversely. However, I wish to state categorically on my honor that I AM NOT A KIDNAPPER, I HAVE NEVER BEEN A KIDNAPPER AND AS LONG AS THE LORD LIVES, I SHALL NEVER BE A KIDNAPPER AND I DID NOT CONCIEVE OR ATTEMPT ANY PLAN TO KIDNAP ANYONE AT ANYTIME.

To me, my arrest, detention and persecution is a battle against principalities and powers which can only be won by divine intervention. I sue for your prayers for me and mine.  I also see my persecution by men of inordinate intentions as an attack on the many enterprising and hardworking Nigerian youth who are going about their legitimate businesses.

The good book told us that “they shall surely gather” and indeed they have gathered. Their desire is to have my head for reasons best known to them but they will fail as long as God Lives.

I am grateful to my Lawyers who have worked hard to secure my release on bail. I have faith in our justice system and I am positive that justice shall prevail and I shall be vindicated.

Grateful also for my Family, Dear Friends, associates and well wishers for staying  strong in these trying times.

Thank you for your love and support. May God bless you all.