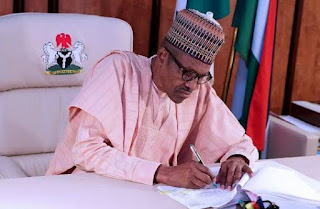 Femi Adesina, presidential spokesman, announced this at a briefing in the Presidential Villa on Wednesday.

He said the duo have been replaced with the Ministers of Environment, Mohammed Mahmoud Abubakar, and Minister of State, Works and Housing, Abubakar Aliyu.

Adesina said the duo’s regime as ministers has no significant improvement since they were appointed.

“The sack became necessary at this point because their respective sectors of this government has witnessed no improvement.”

President Muhammadu Buhari expected more from these two key sectors of his government, however, a resolution has been made not to keep them in this government.