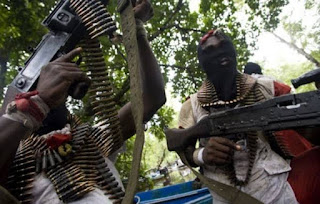 As many as seven people were confirmed killed by gunmen in an attack in Tor Donga on Thursday evening.

Several other people were injured in the attack, which took place around 5:30 p.m.

The chairman of Katsina Ala local government area, Honorable Alfred Atera, confirmed the incident. Tor Donga is a farming community on the Katsina Ala-Takum Federal Road in the northeastern senatorial area of ​​Benue.

Atera told reporters that those killed were mostly members of the Community Volunteer Guards (CVG). He said five other people were seriously injured among them, a priest, who was shot dead as gunmen sporadically fired in the air before fleeing.

The gunmen, he said, were members of a militia leader named Azonto.

Azonto was arrested last month in Taraba state and has been in detention since.

He also said that since the CVG militiamen were unarmed, there was little they could do to avoid the attack.