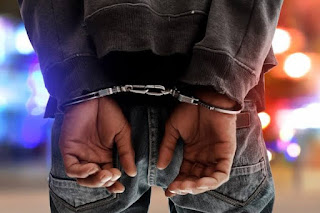 Antihuman Trafficking Unit of the Nigeria Security and Civil Defence Corps (NSCDC) in Akwa Ibom State have arrested one Elisha Effiong for attempting to sell his two children.

Effiong, who connived with his wife to sell their two daughters aged six and four to pay his debts, was arrested in Uyo on November 15.

The NSCDC’s Public Relations Officer, Umana Ukeme, in a statement issued on Wednesday quoted the suspect to have said that his decision to sell his children was as a result of extreme hardship.

The suspect was said to have confided in a private security guard of his plans, while the guard notified the NSCDC commandant, Mr Abidemi Majekodunmi who immediately ordered his arrest.