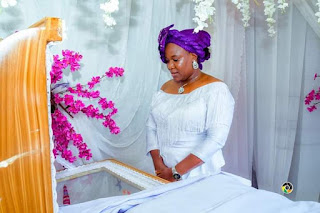 The Nnewi born actress expressed sadness over the lost of her mother two months ago. The actress took it to Facebook hours after she buried her beloved mother; 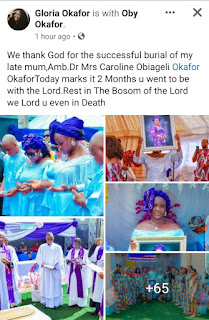 The burial took place a month after her death. Newsway learnt that Mrs. Okafor died of a brief illness that began few weeks before she finally submitted to the will of God.

“I and my family never expected such shock to come at this time. My mother is not supposed to go now, however, it’s in the hands of God and we can’t question his decision”.

Those who attended the burial were Nollywood Stars, family associates from Abuja, Lagos and Makurdi where the actress had her university education.