Benue’s finest MC and one of the best MC in Nigeria Selumun Ashar better known by his stage name as MC Daddy Showkey finally revealed why he can never be out of the showbiz industry.

Speaking on Sunday through his Facebook page, MC Daddy Showkey stressed that the world can never do without the best, for it is with the best that life can be made more pleasurable.The famous MC went on to encourage himself that;

“He can’t put off his candle light just because you put on your generator”. 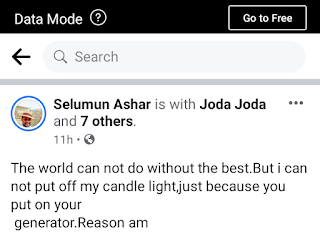 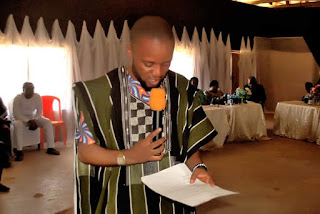 Presently, MC Daddy Showkey is well known in Benue and beyond as the Best MC and charges at least N50,000 to anchor an occasion.

Showkey is known for his comic nature as he cracks unusual jokes during occasions.