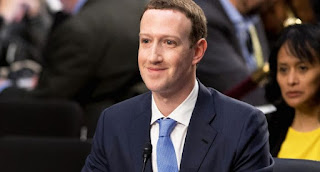 Mark Zuckerberg, the 37-year-old tech billionaire behind Facebook, the world’s largest social network, has seen his wealth surge by about $6.75 billion in a day, placing him at a wealth valuation of $137 billion, according to data collated from Bloomberg Billionaire Index.

The American entrepreneur’s wealth holdings is currently over 5 times more valuable than the eighth most valuable crypto, Dogecoin, which holds a market capitalization of about $25 billion.

Zuckerberg, the fifth richest individual hold’s his large chunk of wealth on Facebook valued at about $134 billion with cash reserves of about $3.30 billion. He remains the youngest person ever to be worth over $100 billion.

The father of two young daughters’ current valuation is estimated to buy about 75.6 million troy ounces of gold or 1.85 billion barrels of crude oil. With his massive wealth notwithstanding, the tech billionaire is known for being modest particularly in his lifestyle and spending habits although he is also known for having a taste for premium real estate properties.