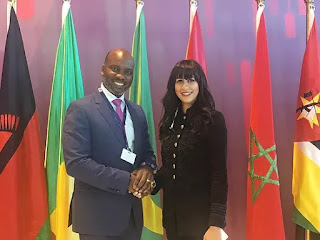 As a legal institution established under Article XIV 1(e) of the ECO-6 Treaty, the African Diaspora Central Bank (ADCB) serves as monetary authority of ECO-6 as well as the hundreds of African Kingdoms which use the LUMI.

The ADCB will work hard to ensure the strength of LUMI as Africa’s new global currency, and advance the long-term growth of African economies around the world as Africa and her Diaspora come together during this new economic era.

The ADCB functions as a turnkey institution for driving Diaspora Direct Investments (DDI) to Africa and vice-versa. ADCB will facilitate the creation of an integrated capital market between the continent and the Diaspora.

Using the LUMI as a stable currency for driving trade and investment between Africa and the Diaspora, ADCB will overcome the long-standing impediment to trade which has been a result of the presence of multiple currencies. The LUMI will be able to interface with and convert the various currencies of the Sixth Region and continental Africa in seamless trade transactions.