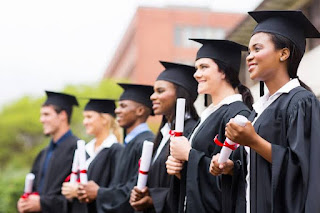 Nearly $ 40 billion in pandemic relief was given to students and institutions from the Higher Education Emergency Relief Fund under Joe Biden’s American Rescue Plan.

Universities have sent stimulus checks to their students to help them cover expenses. George Washington University received $ 9.1 million during the first round of economic finance last May and about $ 14 million in the second and third rounds.

Students who enrolled in college on March 13, 2020 or later could apply for funds. University officials say nearly 10,000 applicants aid has been sent, reports The Hatchet.

Freshman Lexi Plaisted received about $ 800 and told the outlet she was “shocked” about the scholarship. She said, “Honestly, I didn’t think I’d get anything because I’m sure other people are much more affected than I am, but I thought it was worth a try, so I kept going.

Meanwhile, Kyle Anderson, a young political science student, said he received about $ 2,500 in HEERF funding last month. She works two jobs to pay college tuition and uses the stimulus check to fund the costs of her photographic minor.

Meharry Medical College sent scholarships worth $ 10,000 to most of its 956 students. And, Bushnell University issued a total of $ 642,674 to 206 students. fundraising event, which ended on November 15.

Students with “exceptional financial needs” can apply for a scholarship valued at $ 1,000 each. The grant is available for those who did not qualify for the first round. In addition, Florida State University sent a total of $ 17.7 million in grants last month to 16,000 students.