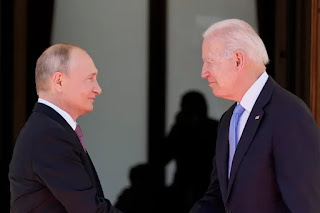 American and European allies are considering sanctions on Russia’s largest banks and the country’s ability to convert rubles into dollars and other foreign currencies should President Vladimir Putin invade Ukraine, says people familiar with the matter.

Banks and Russia’s Direct Investment Fund – These are some of the options President Joe Biden can explain when speaking to Putin on Tuesday, according to sources.

The options were outlined by two people familiar with the matter who asked not to be identified while discussing private deliberations.

The most drastic option would be to ban Russia from accessing the Swift financial payments system, but that would be devastating for ordinary citizens in order for officials to be better informed.

The new German government also indicated for the first time that an escalation of the Ukraine crisis could also affect the fate of Nord Stream 2, an oil pipeline that is supposed to transport gas from Russia and has long been a priority for both Putin and Berlin.

Biden–Putin’s appeal is fraught with tension over what US intelligence allies have told allies that it may be a plan to invade Ukraine with up to 175,000 soldiers over the next year.

Russia denied the war plans, but also declared the United States and European nations should reduce its support for Ukraine and establish de facto “red lines” including banning the former Soviet republic from joining the NATO alliance.

Russian financial markets showed little reaction to the sanctions threats on Tuesday, and investors continue to see the threat of actual invasion Russia to Ukraine and unleash it so deeply. 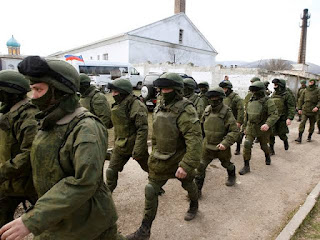 Kremlin spokesman Dmitry Peskov declined to comment on the reports, as “emotional statements” of the past few days would not affect the talks. “It is evident that in having this conversation the presidents intend to discuss the issues and not to lead things to an impasse,” Peskov told reporters on Tuesday.

It’s not clear how much detail Biden will share with Putin on the possible sanctions that would follow an invasion, and most of the actions would be contingent on agreement from allies.

On Monday, Biden took part in a call with the leaders of France, Germany, the U.K. and Italy in which they “discussed their shared concern about the Russian military build-up on Ukraine’s borders and Russia’s increasingly harsh rhetoric,” the White House said in a statement.

“The heads of state and government have underscored their support for the sovereignty and territorial integrity of Ukraine,” said the statement released on Monday evening.

Chancellor Olaf Scholz called the situation on the border with Ukraine “serious” on Tuesday at the same press conference, future Vice Chancellor Robert Habeck said that as part of the ongoing regulatory review process for the Nord Stream 2 gas pipeline, the authorities “will certainly also discuss how the political situation in Ukraine and Europe’s ability to de-escalate can be combined”. “The Greens from Habeck have long been against the pipeline.

In general, the actions Biden is considering are part of American efforts to regain some of the influence Putin has built over Ukraine and, more generally, the United States and its European allies. 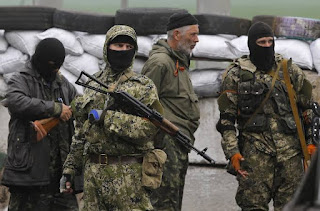 The Russian leader has made it clear that he is ready to invade Ukraine. – his troops did so in 2014 – to protect what he believed to be vital national security interests and showed his willingness to manipulate energy markets by threatening to cut off supplies to Europe.

“The reason Putin is so influential is because he’s clearly ready to pay the price,” said Matthew Rojansky, director of the Kennan Institute at the Wilson Center in Washington, of past US sanctions moves against Russia that little “But we have a lot more ammunition, there’s a lot of things. It’s just that no one ever believed we were going to those extremes.

Biden’s call to Putin on Tuesday, the couple’s fourth conversation since the U.S President took office in January, is also intended to provide a way to defuse tensions that rebounded after an earlier deployment of Russian troops in the spring war for the first time.

“The goal here is to signal a lot of action up front so you don’t have to, but to make sure the threat is believable,” said Rojansky.

For Putin, the goal is partly to interact with Biden himself: he gains legitimacy and international influence the more he interacts with the US leader, and shows Russia’s enduring prowess on the world stage. 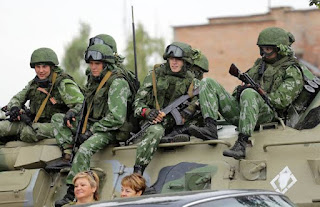 He has had four talks with Biden since January, more than most world leaders. Russia has highlighted the importance of the meeting, and Kremlin spokesman Peskov said it would be a face-to-face meeting and more meaningful than a simple phone call.

On Tuesday he showed a countdown clock for the meeting, but Putin’s main demand, binding guarantees from the US and its allies that NATO stop expanding eastward and not station weapons there that Russia sees as a threat, probably can be obtained far away with Biden.

The US president rejected the Kremlin’s “red lines” to Ukraine at the weekend as out of control.

However, given the tension along the Ukrainian-Russian border, any high-level conversation is helpful, said Rachel Ellehuus, a senior fellow at the Center for Strategic and International Studies in Washington.

“Biden will have to offer Putin a way out to defuse the situation,” said Ellehuus. Commenting on the decision to participate, he said: “It keeps people talking and avoids the worst consequence which is a military confrontation.

Russian gas energy is also a potential leverage: continued Russian aggression could destroy the fate of the completed but not yet operational Nord Stream 2 change that the Biden government has not tried to stop despite their opposition to the project.