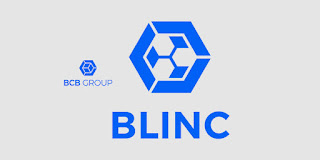 BCB Group, the crypto-dedicated payments services provider, has acquired fintech-focused Sutor Bank, gaining control of a German bank to drive its expansion in the European Union.

Terms of the deal, which requires approval from the German regulator, BaFin, were not disclosed. BCB said it expects the transaction to be cleared by the end of February.

“Adding a fully licensed bank to the group will enable BCB Group to better service its clients in the EU and drive growth across its business line,” the company said in a statement.

The London-based company has witnessed a huge jump in volume growth, and in February this year processed over $4 billion in payments and trades, according to a press release. In March it raised $4.5 million as it sought to attain more licenses and make a push into Switzerland and Singapore.

Hamburg, Germany-based Suto was founded in 1921.

Moonpay, a cryptocurrency payments app, entered into a strategic partnership with BCB Group in June this year. The partnership involved Moonpay taking a sizable stake in BCB Group and terms of the deal were also not disclosed.