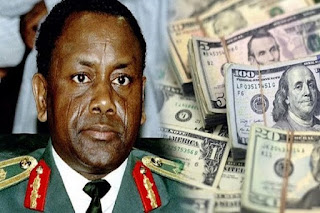 A Federal High Court in Abuja has dismissed a lawsuit against the appointment of certain groups to oversee the deployment of Abacha’s $ 300 million recovered loot.

Judge Inyang Ekwo, in a sentence handed down on Friday, upheld the preliminary plea raised by the defendants and concluded that the case had been dismissed.

Judge Ekwo also found that the plaintiffs had not established their legal personality, having provided no evidence of their registration as legal persons.

The judge proceeded to examine the file on the merits and, after analyzing the evidence presented by the complainants, found that they provided unreliable documentary evidence and were unable to prove their case.

Judge Ekwo said: “I have said that this Court decides this case on the basis of its particular facts and circumstances. This type of action is such that it must succeed on its own strength and not on weakness or failure of the defense.”

This point I am unable to attach any probative value to the documentary evidence in this case. “So my conclusion is that there is no credible evidence to support this case and it fails and I believe it.”

I issue a dismissal order for lack of credible evidence. This is the judgment of this court, “said the judge.