The Tivs, who lived in the lower part of Northern Nigeria, had fought off frequent slave raids from the Caliphate, maintained their independence, and refused to be converted to Islam. 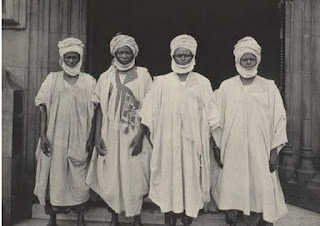 Such attempted invasions made them resistant to strangers and they became feared for attacking intruders with their mysterious and deadly poisoned arrows. British authorities referred to them with a derogatory Hausa word, ‘Munshi’, and regarded Tivland as dangerous bandit country. Tivs acquired a reputation among the British for being ‘truculent’, ‘a most intractable people’, who ‘have proved themselves aggressive and inimical to a degree towards any effort to establish law and order’. The Tivs fulfilled these stereotypes. One month after Britain declared a protectorate over Northern Nigeria in 1900, they attacked an armed British patrol that was installing telegraph lines on their land. In the past they had also attacked the Royal Niger Company’s trading stations in Tivland and murdered two of its agents, causing the company to close all but one of its trading stations in Tivland, at Abinsi. In January 1906 they sacked and burned the remaining factory at Abinsi. 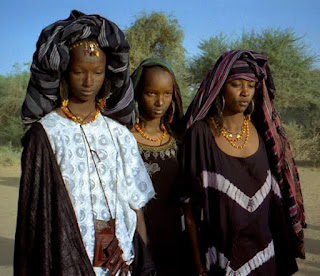 Although these attacks brought British military reprisals against the Tivs, it also made them, in British eyes, a potential warrior race and targets for military recruitment. In his 1906 annual report, Lugard reported to the Colonial Office: ‘The Munshis are stated to be an extremely fine race, fearless and independent and very industrious.’

They remaining one of the most heavily represented ethnic groups in the army’s infantry units. In 1950 the commander of the Northern Nigeria Regiment issued recruiting instructions:

‘We only want men of northern origin, and Tivs from Benue.’

British colonial authorities also recruited large numbers of the Tiv’s neighbouring ethnic groups, such as the Idoma, Igala and Jukun, and other groups, such as the Bachama, Tarok, Darkakari, Nupe and Kataf, who either lived on the periphery of Hausaland and resisted conquest by the Sokoto Caliphate, or spoke Hausa in addition to their indigenous language… Sixty per cent of post-independence Nigerian chiefs of army staff came from these parts of the country.”