TELA MAIZE: FG has granted environmental approval for the evaluation and open cultivation of the new variety of maize 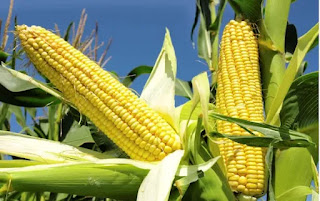 The Federal Government has granted environmental approval for the evaluation and open cultivation of TELA Maize, a new variety of genetically modified maize developed by researchers at the Institute for Agricultural Research, Ahmadu Bello University, Zaria.

Approval for the cultivation of the crop was announced in a statement issued in Abuja on Sunday, jointly signed by the Communications Officer, West and Central Africa for African Agricultural Technology Foundation; and the Information Officer, IAR/ABU, Yakubu Dodo.

According to the statement, the genetically modified maize would resist fall armyworm, stem borers, and tolerate moderate drought.

The government decision was contained in a certificate issued to IAR by the National Biosafety Management Agency, the agency mandated to regulate genetically modified products across the country.

The certificate dated October 8, 2021, with permit code no. NBMA/CM/003, was issued to IAR for general/commercial release of TELA maize genetically modified for drought tolerance, resistance to stem borer and fall armyworm.

The statement added, “The agency was convinced that there are no known adverse impacts to the conservation and sustainable use of biodiversity, taking into account risk to human health.

“The permit, pursuant to this decision, is without prejudice to other extant legal requirements.”

It stated that this approval would authorise the permit holder and persons covered by the permit to commercialise the TELA maize genetically modified for drought tolerance and insect resistance.

Reacting to the decision, the Executive Director, IAR, Prof. Ishiyaku Mohammed, said it was inspiring for the institute to secure NBMA approval for the commercial release of the drought-tolerant and insect-resistant maize.