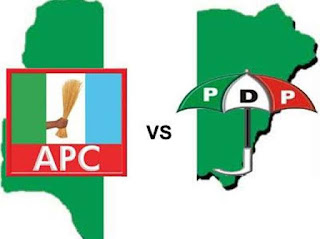 Following on the reasonably successful conduct of its last National Convention in Abuja at which the new Professor Iyorchia Ayu-led National Executive Committee of the opposition Peoples Democratic Party (PDP) emerged, the party, last week, held a two-day ‘PDP National Retreat 2021’ with the theme ‘It’s Time to Rescue and Build Nigeria’. This initiative is indicative of the seriousness of mind and sense of purpose with which political parties must be run in serious and viable democracies. Speaker after speaker at the event exhibited infectious optimism as regards the perceived bright possibility of the party bouncing back to power at the centre come 2023. Some of the papers delivered at the retreat were introspective, reflecting on the internal administrative processes of the party, the management of its finances since inception, its future goal and orientation as well as its past mistakes and shortcomings, which it must overcome so as to regain its lost verve and stature a sell as guarantee its future glory.

In what is perhaps the most pungent and brilliant rationalization of the performance of the PDP in its 16 years in power as well as its legacy,the National Chairman-designate, Professor Ayu, pointed out that the party inherited a debt-ridden, unstable, crisis-ridden country from the military in 1999, a country that was a pariah in the international community and shunned by the civilized world. He argued that within a few short years, the President Olusegun Obasanjo administration, among others, “reversed the economic collapse, stabilized the exchange and interest rates, made strides in the provision of infrastructure, secured us relief from foreign creditors and restored faith in our country both by its citizens and foreign investors”. Stressing that under the PDP, the country’s economy grew to become the largest in Africa, Ayu waxed rhetorical and polemical noting that under the ruling All Progressives Congress, Nigeria had degenerated badly to become the poverty capital of the world. 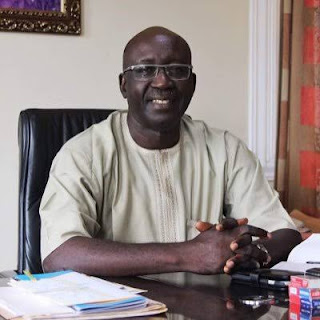 Rallying the party to boldly face the task of rescuing and rebuilding Nigeria, Ayu declared, “My friends, we can do this again. However, we have to do first things first. Nigerians are not going to vote for us just because we had done well before. People do not vote for the past but for the present and the future. We have to demonstrate that we can do better than the current APC government. But we must start with putting our own house in order…We must offer a clear workable alternative to rebuild our country”. Does this kind of soaring rhetoric suggest that the PDP is indeed ready to turn a new leaf and lead Nigeria in a brand new direction of accelerated development and the liberation of her age-long trapped potentials come 2023? I am afraid not. Let us not forget that we were entertained by the same inspiring, hope-suffused messages when the then still nascent APC was in opposition and trained its heavy rhetorical artillery on the then ruling party.

Indeed, the APC, I can recall, organized a one day seminar at which the leading lights of the party presented detailed policy papers dwelling on the transformational Magic the party would perform in the spheres of power supply, agriculture, industrialization, security, modernization of infrastructure and the provision of qualitative, affordable social services among others. The party ascended to power at the centre in 2015 largely on the wings of its promise of change. The more things appear to have changed in the current dispensation under the APC, however, the more they remain the same or are even worse in some areas. Professor Ayu contends with some plausibility that the PDP improved on the parlous state of the country it inherited from the military. But after its 16 years in power, Nigerians under the PDP were much poorer and worse off than under the military. APC strategists and publicists argue that the foundations of the current challenges plaguing the country were laid under the PDP and that the country is in much finer fettle today compared to the former opposition party’s perceived years of the locusts.

Yes, long abandoned infrastructure under the PDP are being tackled and completed at a frenetic pace by the APC from the Lagos-Ibadan Expressway to the 2nd Niger bridge and modern railway tracks and wagons across the country. If the humongous funds appropriated by the APC government and channeled to the poor and underprivileged through its various Social Intervention Programmes actually get to the targeted vulnerable citizens, then the party has committed much more resources to alleviate poverty in its over six years in power than the PDP did in a decade and a half and with substantially less revenue at its disposal no thanks to dwindling oil revenues and the ravages of theCoronavirus pandemic. The rampant, open corruption under the PDP has become a more subtle, surreptitious affair under the APC as Minister of Transportation, Mr Rotimi Amaechi, is reported to have admitted with the monster remaining largely untamed. 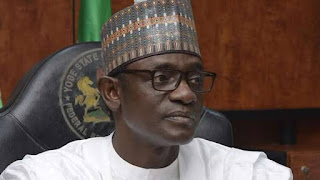 Even then, is the lot of Nigerians better today than it was six years ago under the PDP? It is difficult to answer in the affirmative. Inflation soars. The debt burden escalates by the day. Insecurity heightens. Unemployment blooms. Hunger ravages. It would appear that neither the PDP nor the APC have been able to summon the intellectual depth, ideological orientation and vision as well as organizational discipline to address the root causes of Nigeria’s underdevelopment. Much energy is expended and wasted on addressing the symptoms of underdevelopment. Thus, as the radical political scientist, Professor Okwudiba Nnoli noted, both during the period of military rule and now in this civilian dispensation under both the PDP and APC, efforts are expended on the acquisition of the modern artifacts of development with borrowed funds, dependence on foreign expertise, ideas and technology rather than any meaningful attempt to domesticate and localize production or to relate prevalent consumption habits and patterns to local resources. The conse quence is a debilitating foreign exchange dependency that makes concrete, autochthonous development a mirage.

At the PDP retreat, various speakers including governors Samuel Ortom of Benue State and the Chairman of the PDP Governors forum, Mr. Aminu Tambuwal, governor of Sokoto state, stressed the imperative of the PDP dislodging the APC and returning to power at the centre in 2023 in order to save Nigeria from impending doom under the current ruling party and to rebuild the country. According to Tambuwal, “Nigeria must embrace restructuring to survive. It must restructure its polity, economy, security and ways of doing things. It must embrace relative autonomy and decentralization of power. This will unleash the energies of our people, especially the young…PDP is now once again a well oiled, serviced vehicle that will midwife the Nigeria of our dreams”. The PDP’S rising confidence in its ability to bounce back as the ruling party must have been buoyed by the postponement, once again, of the APC’s National Convention until February next year partly due to continuing intra-party squabbles and lack of cohesion. This contrasts with the PDP’S seeming new found intra-party harmony and stability.

But Tambuwal’s pro-restructuring advocacy is a familiar story. The APC sang the same seductive song as part of its pathway to power in 2015 only to consign the federalist components of its manifesto to the dustbin once it achieved its goal of attaining power. There seems to be an iron law of power in Nigerian politics from which political actors no matter their political affiliation are not immune. This is the acquisition and retention of power at all costs and by all means. Central to this logic is the centralization of power at the centre and its concentration particularly in an all powerful presidency and imperial governors in the states that subsume the party under their control, emasculate its organizational autonomy and impede its capacity to be a check on the government that emerges under its platform.

Neither the PDP nor the APC is free from this tendency. Yet, given their entrenched nationwide structures and financial muscle, there is no viable alternative to either of the two dominant parties winning power at the centre in 2023. Nigeria’s saving grace in that critical year will be the emergence as president of a candidate with strong antecedents and pedigree of solid democratic commitment, federalist ethos, capacity to spot and maximally utilize the country’s best and brightest minds to achieve rapid development, love for vigorous policy debate and the humility to bow to superior argument including party supremacy irrespective of party affiliation. Candidates and not the parties will be key.