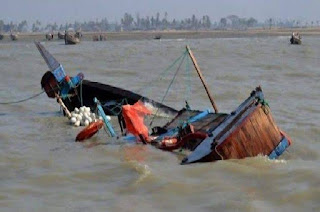 Jigawa Police Headquarters confirmed the deaths of seven girls in a boating accident on the Gasanya River  in Auyo local government area of the  state on Friday.

He explained that the incident happened after 10 girls returned from the Maulud celebration in the village of Gafasa to Kafinhausa LGA and decided to row the boat parked on the river bank.

The PPRO, however, said  three of the girls were rescued. “On November 19 at around 12:30 am, information was received from the village chief of Gamfai that in the early hours of Friday at around 12:15 am, a boat capsized with  about 10 girls.” Three of them were rescued while seven others died.