Afro banger or dancehall songs are neither written with music notations nor sofa notations as many professional songs are written. Most of the times they are just sang by freestyle, for example, fever by Wizkid, freestyle by Terry G, Assurance by Davido, Diana and BE by Tekno and so on.

These kind of songs were not lyrically written down like Yemi Alade, Johny Drille, Adekunle Gold and Phyno would always do.

It became necessary for me to write this article because as a producer I’ve often times had challenges with upcoming artists who either write shorter or over length verses or chorus.

If you are a producer like me you will attest to the fact that it’s very difficult to work with such artists. Sometimes the most informative part of their song may be neglected for this same reason.

It is very important to put into consideration these rules when writing an Afro rap song;

1.      Simple chorus: Afro music in general is very easy to understand, fact is, the selling point of it is when you have a simple chorus. When your song is not carrying hard grammar such that even little children can sing along when the song is playing. This is what actually makes your song a hit track in Nigeria and Africa at large; it is referred to as “street anthem” in Nigeria. For instance, Assurance by Davido, Soco by Wizkid and science student by Olamide.

2.      Four beat or eight beat rule: Most Afro songs are written on 4×4 beat, this means that they are written four lines per four beat bars or eight lines per eight beat bars. If you have been to the studio when a session is in progress you will notice one particular kind of click that the producer activates inside the production software, this function is called the “metrome”. It helps the producer to check the tempo (speed) of the song. You will observe from the metrome click that it clicks louder at some intervals than it clicks at others. If the song is a 4×4 beat the metrome will click louder at the first click and louder again at the fifth and ninth click respectively. So this, metrome click should be your guide to writing a four beat chorus. By this your first line should start at the first click and second line should start at the second louder click, your third line should start at the third louder click and the fourth and of course the last chorus line should start at the fourth louder click respectively. You may decide to double the chorus so that it becomes eight lines as the case in “bank alert” by P-Square, “true love” by Kelly Handsome, “Godwin” by Kolede Bello and “Ase’obi” by Cupastonce.

3.      Sixteen bars verse: the normal length of a 4×4 beat song whether Afro-rap or any genre/style is sixteen bars. By this  system the rapper may chose the first eight bars to speak in line with the message that is contained in the chorus and the last eight to speak about his personality or the whole of verse one speaking the synonyms of the chorus, by this I mean speaking the same message of the chorus in different words. This is the normal length of Afro-rap songs and examples can be seen in “Ten over Ten” by Neto C, “N-Word” by Ice Prince and “In case you never know” by 2short.


4.      Two verses are enough: People are getting bored listening to long songs even when the songs are pretty good. So let your song carry a normal duration of three minutes (3mins) otherwise your fans will soon get tired of listening to your lengthy tracks. 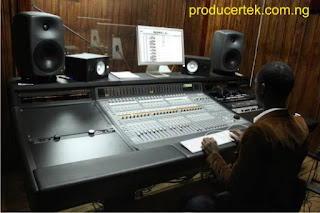 5.      Forget the message and go with the flow: afro songs nowadays doesn’t put message into consideration as before again. If your fans want to listen to good messages they will attend motivational conferences and church services rather. so the most selling point of afro music is the groovy beat, sometimes the artist sings what he himself may not understand but so long as it flow well with the beat your fans will still love it, infarct  they may even prefer it to the well-written songs. For instance fever by wizkid, codeine diet by DJ Enimoney and freestyle by terry G.

“They gimme standin ovation wen I com tru
Uh, that makes me feel so difrent I know exactly how to get wat I want to
But i…..m trynna let go the incedent