Cubase is a professional music production software designed by Steinberg Company. The software is very user friendly but for the sake of beginners who still find it difficult to navigate through and do certain things, then this article is going to put you through. First and foremost, after installing Cubase or if you already have it on your computer system then you need to do certain setups like the ones I’ve taught in this video tutorial. (adsbygoogle = window.adsbygoogle || []).push({}); Setting up Cubase to function the way you want it should be the first thing to be considered before proceeding with any major project.

Creating a project folder in Cubase is a very easy task but can still be a challenge for novice producers. Have you ever done a project for somebody who though collected his raw files for the purpose of mixing and mastering? Yet he still calls you or rather returned back to you that the project cannot be opened on another system, even when the system have Cubase installed on it yet keeps displaying missing files error or dialogue box demanding that you should either locate the file or folder that contains those files? As a mix engineer, I’ve often times encounter such issues even when the person that produced the work is an experienced producer. Sometimes the project folder may be created correctly but when copied to another system yet the missing file message may still display. This is very common with producers that make beats in FL Studio, Reason and so on then after exporting the beat as wav, mp3 format; they import the beat into Cubase without activating the options that will also copy the beat into the project folder. The following are the possible reasons Cubase may display the missing file message or may not be able to open the copied project;
1.    If the project was created using a newer version of Cubase and you are trying to open it with an older version.
2.    The project folder was not created properly and project files were saved in a different folder all together.
3.    If the “copy to working directory” option is not activated as audio files were imported into Cubase.
4.    If third party plugins were used in the project other than the in-built plugins in Cubase and those third party plugins are not installed on your system.
5.    If some audio files or images were mistakenly deleted from the project folder.
6.    If the project folder did not copy or burned properly.
For you to create a project folder correctly in Cubase then follow these steps;
1.    Launch Cubase 5 on you system.
2.    You will see a template box, by default Cubase will select “empty” click on ok. 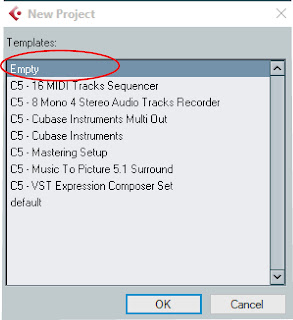 3.    Next, the project folder box will appear. 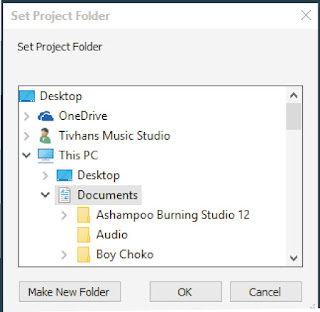 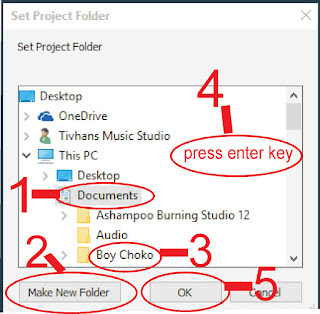 Now, Cubase will display the working environment, so before anything else press ctrl+s so that you can give your project file a name. 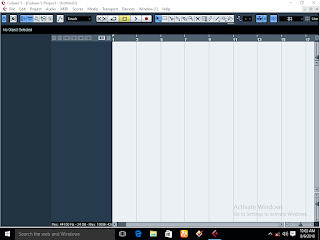 This should be the title of the song or the product’s name in case of jingles. By doing this, all your recorded audios will be saving in an “Audio” folder located inside your project folder.
Note that if you are importing any audio file into your project you need to activate the “copy to working directory” option in a dialogue box that usually displays. This shoul be a guide to those producers who make beats in other DAW softwares and wants to voice them in Cubase, without activating this option the beat cannot be copied into your project folder. 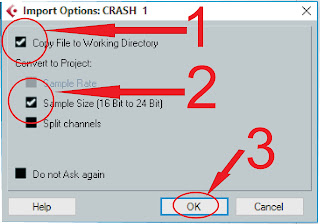 When you are done doing all of these steps then you are ready to go, Cubase will save all your recordings including imported audio files into your project folder which can be copied and taking to any other studio for mixing and mastering.
I am quite sure that this article has impacted knowledge into you so if you found it interesting share and post your comments in the commepnts box below.