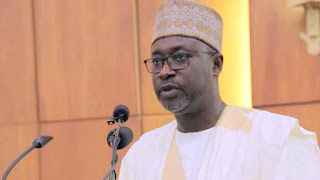 The Federal Government has revealed that seven states in the country will benefit from the first tier of the World Bank $700 million for specific water projects in the country.

This was disclosed by the Minister of Water Resources, Sulaiman Adamu, while briefing State House correspondents at the Presidential Villa, Abuja, on the scorecard of his ministry, stating that the states which include Imo, Delta, Bauchi, Ekiti, Katsina, Kaduna, and Plateau will access between $50 or $60 million having met the criteria set up by the World Bank to do so.

According to the Adamu;

“Some certain criteria were set up by the World Bank and us. And the states had to meet these eligible criteria. And the projects are submitted into tier one and tier two. Tier one are for those that will get a substantial amount, maybe $50, $60 million for the urban schemes.

“For the P-WASH (Plan – Water, Sanitation and Hygiene) Action Plan, is the rural component and it is going to the state specifically. Some are going as grants while some of it is going to some specific projects. And like I said, there are eligible criteria that states ought to have met, it is not all the 36 states. There are conditions attached on which basis that this money is going to be disbursed.

“So the whole thing has not been finalised yet, but what we have is an approval in general from the World Bank specifically for this, there’ll be some realignments here and there and that’s something that we’re going to be working on between our ministry, Ministry of Finance and the World Bank.”

He also said the federal government was working on 116 ongoing and abandoned projects in the Ministry, adding that 38 irrigation, 458 water supply schemes, and 37 dams and reservoirs have been completed.