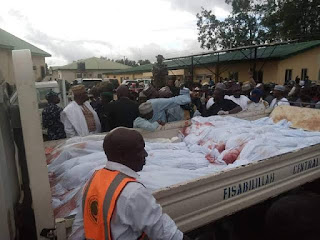 The victims were in a convoy of five buses and were travelling from Bauchi to Ondo when they were attacked in Plateau, the police said.

The Nigerian police have confirmed that 22 people were killed and 14 injured during an attack on travellers in Gada-biyu, in the northern part of Plateau State.

The attack occurred on Saturday before midday and was carried out by a group of youth along Rukuba road in Jos North Local Government Area, the Plateau State police spokesperson, Ugah Garba, told NEWSWAY.

The victims were in a convoy of five buses and were travelling from Bauchi State to Ikare in Ondo State when they were attacked in Plateau, the police said.

NEWSWAY  has earlier reported how the travellers, believed to be Islamic worshippers who are followers of a popular Islamic cleric, Dahiru Bauchi, were travelling in large groups from the Annual Islamic Zikr prayer in Bauchi State. 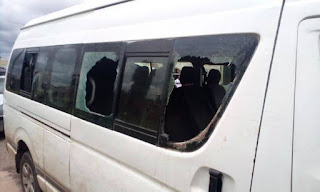 The police described the attack as a “dastard act.”

“Upon receipt of the report, a team of Police personnel, the military and other sister agencies were immediately mobilised to the scene where twenty one (21) victims were rescued and six suspects arrested,” the police said in a statement.

The Plateau State commissioner of police, Edward Egbuka, was said to have visited the scene along with military officers.

Mr Egbuka ordered a discreet investigation to fish out other perpetrators of the act.

He said normalcy has returned to the area assuring that those that incited the violence will be made to face the full wrath of the law.

Meanwhile, a son of the Islamic cleric, Sayyid Dahiru Bauchi, described the attack as “saddening and shocking.”

He told NEWSWAY that the victims were innocent and were just travelling from a religious function.

We are praying to the Almighty to repose their soul and comfort their family, he said.