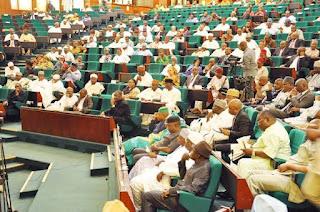 The House of Representatives is considering a constitution alteration bill to change the administrative structure of the Federal Capital Territory.

Mr Bagos’ bill is proposing the deletion of sections 301 (a and c) and 302 and introducing the new part II into the constitution.

The bill was introduced to the House on November 5, 2019.

Process of altering the constitution

A constitution amendment bill has to be passed by both Houses (Reps and Senate) with a minimum of 2/3rd of the entire members of the House.

The exception to the rule is state creation and boundary adjustment, which requires 4/5th of the members of each house to pass. The copies of the bill passed must be harmonised (The wordings, the structure must be the same.)

The harmonised bills passed by the two chambers will then be sent to the state Houses of Assembly. If 2/3rd of the Assemblies (24 states out of the 36 states) pass it, the copies will be returned to the National Assembly, which will then send it to the president for assent.

Section 9 (1, 2) reads, “The National Assembly may, subject to the provision of this section, alter any of the provisions of this Constitution.

“An Act of the National Assembly for the alteration of this Constitution, not being an Act to which section 8 of this Constitution applies, shall not be passed in either House of the National Assembly unless the proposal is supported by the votes of not less than two-thirds majority of all the members of that House and approved by resolution of the Houses of Assembly of not less than two-thirds of all the States.”

Section 8 talks about state creation and boundary readjustment. To pass this, the two-chamber must pass the bill by 4/5th of the entire members of each house. Section 9(3,4) reads:

“(3) An Act of the National Assembly for the purpose of altering the provisions of this section, section 8 or Chapter IV of this Constitution shall not be passed by either House of the National Assembly unless the proposal is approved by the votes of not less than four-fifths majority of all the members of each House, and also approved by resolution of the House of Assembly of not less than two-thirds of all States.

How is the FCT currently governed?