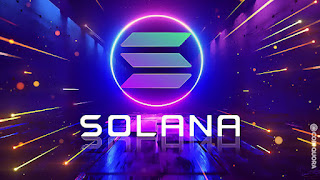 Solana’s super fast blockchain slowed on Thursday morning due to a mysterious overload events, which stimulated debates on centralization, communication and transparency in critical stakeholders of the ecosystem, Solana Labs sos tensions were in the lunch exhibition after the validators were angry with delays to the Nasdaq of Solana.

The issues were mostly resolved Thursday evening, but not before around 35 community members participated in a public video chat, including a reporter from CoinDesk and at least two engineers from Solana Labs.

Solana’s 1,000+ validators are the computing power behind a nearly $ 12 billion ecosystem of lending, trading, and other decentralized finance (DeFi) platforms.

Only a handful of them responded to Thursday’s call. They weren’t happy. The 50-minute conversation started with some tough questions – Could Solana benefit from a centralized observation system? – ended with a surrealist – Can the next Breakpoint be organized on yachts in the Mediterranean? – and I did not respond to what exactly would happen next.

“All of the apps running on top of Solana are the customers of the validators, right,” Brian Long, who operates the data site Validators.app, and who convened the call, told the roundtable. “It’s just super urgent that we get this sorted out.”

Failing to do so could stunt the growth of a burgeoning financial system.

“I’m trying to bring in these market-makers and traders and whatnot,” he said. “They just lose a lot of confidence when the nodes go down, and then they don’t know why.”

Solana suffered a major 18-hour outage in September that was only resolved after a hard restart. Thursday’s event, which was not an outage, was nowhere near as severe.

Still, it provided some validators a chance to air grievances to Solana Labs engineers.

They asked why the startup that has been critical to Solana’s development, and which continues to be an omnipresent force in its growth, remained so tight-lipped about the goings-on of an ecosystem that is supposed to be decentralized.

“We see the GitHub changes,” said the pseudonymous Zantetsu of the validator Shinobi Systems, who commanded much of Thursday’s conversation. “But, man, it just feels like a big black hole.”

Dan Albert, executive director of the Solana Foundation, denied that the project keeps unflattering information under wraps. But he acknowledged a “conservative stance” toward sharing sensitive details that Solana’s critics could spin against the network.

“The tech is hard and I want you guys, really invested community members, to continue to feel ownership and feel like you’re being engaged by the developers and those who are working behind the scenes,” Albert said.