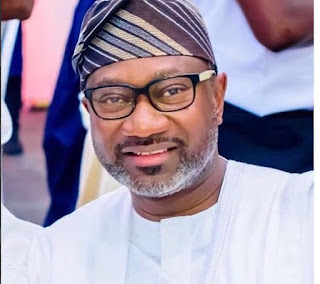 Billionaire investor and chairman of Geregu Power Plant, Femi Otedola has announced an increase in his shareholdings of FBN Holdings, (First Bank parent company) to 7.57%.

This was disclosed in a letter to the bank by Mr. Otedola dated December 9, 2021. The disclosure officially makes him the single largest majority shareholder of the bank at least according to the public disclosure of ownership that has now been made.

Recall Newsway had reported an estimated 1.1 billion units of FBN Holding shares exchanged in the last 4 days suggesting that the battle for the control of one of the most important banks in Nigeria is still raging on.

We also reported that the recent purchases are not unconnected with the latest tussle for shares of the bank and believe a statement is imminent in the coming days. According to a reliable source, “an announcement will be made soon that will reveal a significant change in the majority ownership of the bank.” The latest announcement by Mr. Otedola confirms our intelligence on the matter.

In the letter seen by Newsway, Mr. Otedola acquired the additional shares through his proxies Calvados Global Services, Primose Global Concept, Shetland Global, Wells Properties, and Impetus Synergy. In a letter addressed to the bank, Mr. Otedola informed the bank that he has now acquired 7.57% ownership in the bank “I have recently acquired additional shares in FBNHoldings Plc (the Company) which has brought my total stake to 7.57% percent of the issued shares capital of the Company.”

Mr Otedola also copied the Securities and Exchange Commission, Nigeria Exchange Ltd, and the Central Bank in the letter.

According to sources, Mr. Otedola has now spent a whopping N44.8 billion investing in FBN Holdings Ltd. Considering he has just announced 2.7 billion shares, his average cost of acquiring the shares is about N16.48 per share. FBN Holding’s share price closed at 11.6 per share yesterday.

This acquisition effectively makes Mr. Otedola the largest shareholder of FBN Holdings based on reported ownership in the bank. Newsway also understands the billionaire investor will be allowed to make board appointments very soon with 3 board seats guaranteed at the bank and holding company.