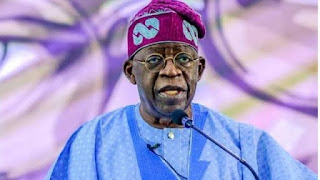 On Tuesday, June 15, 2021, a WhatsApp voice note started circulating. In the short clip, a voice could be heard saying Tinubu has died.

According to the audio clip, Tinubu died at a hospital in Dubai, United Arab Emirates. The speaker, who appeared to be one of those agitating for secession, was also heard congratulating his listeners that one of their “enemies” had died.

He also mentioned other prominent Nigerian leaders that could possibly die in a few months to come.

The unidentified speaker said in Yoruba, “Good morning everyone, I am happy to announce to you that our enemies are gradually dying. God has taken the life of one of the people disturbing Yoruba land. Tinubu is dead, he died in Dubai, that’s the news I got just now.

“We are overcoming our enemies, the curses are working, Tinubu just died in Dubai now. We will surely overcome all our enemies. We will get to the promised land, they will die one after the other, those left are (Olusegun) Obasanjo and those kings.”

The audio sparked wide speculations on social media following the rumoured death of the politician who celebrated his 69th birthday barely three months ago.

It was observed that handlers of social media accounts with the tag ‘Biafra’ rejoiced at the news.