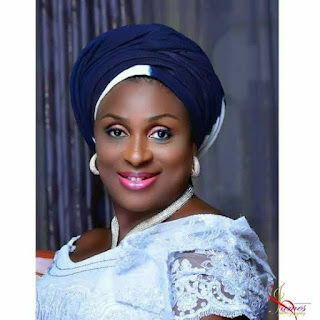 The People’s Democratic Party (PDP) is all set to receive Chief Mrs. Mimi Orubibi Adzape today as she decamps from the major opposition party in the state, the All Progressive Congress (APC).

For the past three months, Mimi has been expressing dissatisfactions over activities in her party, the APC. She recently posted on her Facebook timeline in Tiv that ‘pati ka interest’ which is translated as “Politics is a game of interest”, she proceeded to say in due time she will make her position known. 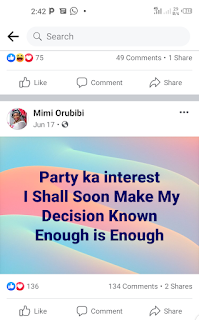 Just this morning, Chief John Akperashi also posted on Facebook page that ” he gave APC seven days ultimatum to resolve issues with Mimi Orubibi Adzape or he will snatch her to his party, the People’s Democratic Party (PDP). Chief Akperashi proceeded to say “that time has elapsed and now Mimi will be welcomed to the PDP where she is greatly valued. 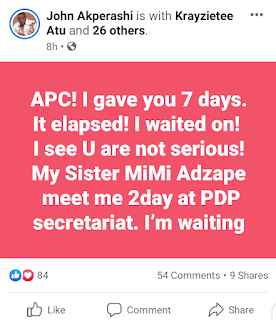 Others are speculating that, Mimi’s sudden willingness to leave APC has to do with her major sponsors in the 2019 general election Mr. Jenkis Tar Shande contesting the same position in the APC.

However, others say, she wasn’t given a befitting appointment with which she could have regained what she lost in the previous election.