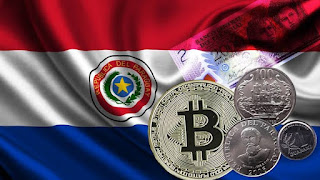 The Paraguayan Senate on Thursday approved a bill regulating the mining and trading of cryptocurrencies.

The Paraguayan Chamber of Deputies will discuss the bill in 2022, as confirmed on Twitter by Paraguayan Senator Fernando Silva Facetti, one of the three authors of the bill.

Miners – individuals or companies – will have to apply for an authorization for industrial electricity consumption and then apply for a license, As stated in the bill.

According to the bill, Paraguay’s Secretariat of Industry and Commerce will authorize and oversee cryptocurrency mining in the country, with the country also being the National Securities Commission, the Anti-Money Laundering Bureau and the National Electricity Administration regulating the activity.

Although the notion of exchange is not included, the bill also proposes a register for any natural or legal person who wishes to provide cryptocurrency trading or custody services on behalf of third parties.

According to the bill, Paraguay only consumes a third of its produced energy and, if regulated, cryptocurrency mining could reach “the electricity consumption of thousands of megawatts that Paraguay currently has in excess.

A major attraction for mining companies is the cost of electricity in Paraguay, which is the lowest in the region at around $ 0.05 per kilowatt hour, Paraguayan MP Carlos Rejala told Reporters in June, adding that nearly 100% of energy production comes from hydroelectric sources.