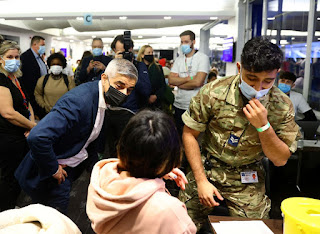 UK cases of the Omicron variant of the fast-spreading coronavirus have risen sharply to almost 25,000, while the total number of deaths reported among those affected so far has risen to seven, according to British  health authorities.

Deaths of people with the Omicron strain rose to seven by December 16, up from a previous UKHSA data dated December 14, and hospital admissions rose from 65 to 85.

As of Thursday, seven people believed to have the Omicron variant had died, versus a fatality in previous UKHSA data recorded Tuesday) said it was “almost certain” to be hundreds of thousands every day of the variant and would not be included in the figures.

SAGE said that without further tightening the COVID-19 rules, “the model is showing a high of at least 3,000 hospital admissions per day in England,” a minutes of the meeting said on December 16.

Last January, before Britain’s vaccination campaign accelerated, the total daily hospital admissions in the UK rose to over 4,000. 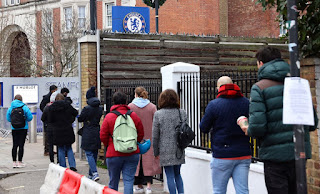 Prime Minister Boris Johnson has faced a rebellion within his ruling Conservative Party over some of the steps he has taken so far in an attempt to curb the latest spread of COVID19.

A newspaper reported on Saturday that Johnson’s Brexit Minister David Frost had resigned in part because of the new rules. The consultants said it was too early to assess the severity of Omicron’s disease, but if there was a modest reduction compared to the Delta variant, “a very high number of infections would still exert significant pressure on hospitals.”

Mayor of London Sadiq Khan said a ‘serious incident’ which allows for closer coordination between public agencies and possibly greater support from central government as admissions to COVID-19 hospital in the city have increased by almost by 30% this week. He said the absences of health workers have also increased. “It’s a statement of the gravity of things,” he said.

The Omicron variant is estimated to make up more than 80% of the new COVID-19 cases in London, authorities said on Friday.