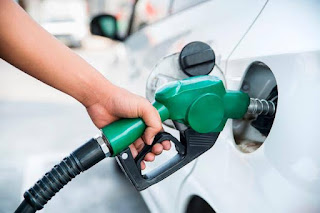 Nigeria imported Premium Motor Spirit (PMS) otherwise known as petrol, worth N2.52 trillion between January and September 2021. This represents an increase of 55.6% from the N1.62 trillion spent within the same period in 2020.

This information was confirmed by the National Bureau of Statistics (NBS) in its Gireign trade report.

The development came amid the Federal Government’s plan to remove subsidy from petrol by the end of the first quarter of 2022.

The NBS report stated, “Petrol’s N2.52 trillion import bill for the first nine months of this year is 47.37% and 25.37% higher than what the amount country spent on PMS imports in the whole of 2019 and 2020 respectively.

“Petrol top the list of products imported into the country in Q3, accounting for 12.52% of the total amount spent on imported products, up from 11.26% in the previous quarter.”

Nigeria imported motor spirit (petrol) worth N782.5 billion in the second quarter of 2021, representing a 799% year-on-year increase compared to N87.08 billion recorded in the corresponding period of 2020.

The Federal Government had in March 2020 removed petrol subsidy after reducing the pump price of the product to N125 per litre from N145 following the sharp drop in crude oil prices.

The NNPC, which has been the sole importer of petrol into the country in recent years, has been bearing the subsidy cost since it resurfaced.

For many years Nigeria has spent a great deal of forex on the importation of petroleum products. However, it is expected that the kickstart of Dangote Refinery would solve the problem of petrol import in Nigeria, with a capacity to produce 650,000 barrels of petrol per day.