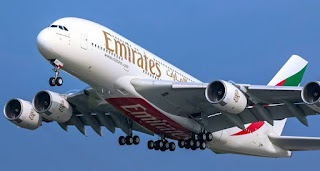 The Nigerian Civil Aviation Authority (NCAA) has revealed that the ministerial approval on Winter flight schedule given to Emirate Airlines was withdrawn because the same treatment was given to Air Peace Airlines, the only Nigerian airline that operates passenger flights to Sharjah International Airport, United Arab Emirates (UAE).

This was disclosed by NCAA via a statement issued and shared with Nairametrics on Friday.

According to the Director-General, NCAA, Musa Nuhu, the agency has held several meetings with its UAE counterpart demanding fair treatment for Air Peace without any favourable consideration.

Nuhu stated, “Following the lifting of the ban on Emirates Airlines passenger flights to Nigeria by the Government, the UAE based airline applied to Federal Ministry of Aviation for approval of its Winter flight schedule. The requested schedule consisted of 21 weekly passenger flight frequencies to Nigeria, comprising of two daily flights to Murtala Muhammed Airport, Lagos and one daily flight to Nnamdi Azikwe International, Abuja.

“The Minister of Aviation graciously approved the Winter schedule as requested without any hindrances in the spirit and intent of the Bilateral Air Services Agreement (BASA) between Nigeria and UAE.

This was confirmed in a letter which was seen by Nairametrics, issued by the apex regulator to the management of the airline in Nigeria on Thursday.

According to the letter, which was signed by the Director-General, NCAA, Captain Musa Nuhu, the approval of the airline has been limited to operate only one weekly passenger frequency to Abuja on Thursdays.