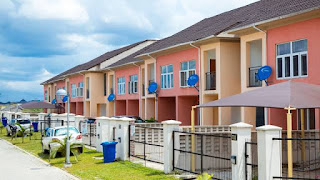 The Lagos State Government has unveiled plans to deliver additional 2,028 homes before the close of year 2021.

Mr Moruf Akinderu-Fatai, the Lagos State Commissioner for Housing made the remark in a statement issued by Mr Adesile Rufai, Chief Public Affairs Officer of the ministry in Alausa, Ikeja on Monday.

Akinderu-Fatai, who spoke during a progress evaluation meeting, said that no one would be left behind in the mass housing drive of the state government.

The commissioner said that a total of 2,028 housing units to serve diverse shelter needs of residents of Lagos would soon be inaugurated.

‘’The homes are in diverse types in line with the inclusive policy of the state government. Housing is such a basic human need hence no one would be excluded in our housing development plan.

“This government is deliberate in the implementation of its housing plan to ensure that no category of home seeker is left out from its provision bracket.

“We are set to commission not less than four housing schemes before the end of the year in line with our plans to increase the housing stock in the state.

‘’This is in fulfilment of the promise made to the people by the Sanwo-Olu-led administration that provision of decent housing will be a continuous activity,” he said.

Mr Wasiu Akewusola, Permanent Secretary of the ministry, advised home seekers to always visit the Ministry of Housing to avoid being duped.

He said this was because the state did not appoint any intermediary to deal with the public on real estate transactions on its behalf.

In another development, Gov. Babajide Sanwo-Olu was named the Housing Governor of the year at the Housing Summit held at Ladi Kwali Hall, in Abuja on Thursday.

A statement by Mrs Abibat Junaid, Principal Public Affairs Officer in the Ministry of Housing, said the award was given in “recognition of the good work and strides that Lagos State is making in the provision of homes for the people of the state”.

Junaid said the award was received on behalf of the governor by the Commissioner for Housing, Mr Moruf Akinderu-Fatai who reeled out achievements of the government and various financing options available to residents for home ownership.

She said Sanwo-Olu appreciated the organisers of the event put together by the Housing Circuit Ltd. (NAN)