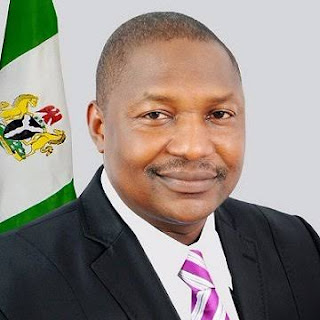 Three weeks after the order of a federal court, the federal government failed to officially designate the bandits as terrorists.

Newsway learned on Saturday that the Federal Prosecutor and Justice Minister Abubakar Malami (SAN) had been ordering since the verdict was pronounced on the 26th, No fewer than four states in the northwest are fighting banditry.

The states are Zamfara, Katsina, Sokoto, and Kaduna. The bandits have killed hundreds of innocent people and abducted several others, including school children, some of whom are still in custody, while some are treating wounds sustained in the attacks.

Federal government moves to declare Yan Bindiga (Hausa word for armed men) and Yan Ta’adda (Hausa word for terrorists) to be terrorists, to publish the order in two national newspapers and also to publish the order in the official gazette, Malami had promised in a statement, but this did not happen three weeks later, reported newsway on Saturday that in the case of the indigenous population of Biafra, the AGF publish the IPOB terrorist designation on the same day that Judge Abdu Kafarati issued the order on September 20, 2017.

“It is hereby notified that, by order of the Abuja Federal Court of Justice, application no. FHC / ABJ / CS / 871/2017, of September 20, 2017 according to The timetable of this communication declares the activities of the indigenous peoples of Biafra in every part of Nigeria as terrorist and illegal, especially in the southeast and south-south regions of Nigeria, as also noted on Saturday that in the case of the Islamic sect led by Sheikh Ibrahim ElZakzaky Islamic movement the AGF issued the prohibition order four days after the court issued it”.

In an interview with Saturday newsmen, human rights lawyer Ebunolu Adegboruwa (SAN) said that Malami should do what is necessary quickly before the public begins to misinterpret his intentions.

Adegboruwa pointed out that without the Official Gazette, there would be no court order. “As long as there is no official gazette published by the federal government, no organization can be declared a terrorist organization,” he said.

He added: “I think the Justice Minister would show goodwill because if you compare how the IPOB was declared a terrorist group and published, it is not as cumbersome as what we are witnessing. “He (AGF) should act in such a way that people do not begin to understand the importance of the actions of one group before the other.

Adegboruwa noted that delaying the proscription of bandits would continue to embolden them, adding that they had become more vicious in their attacks in recent times.