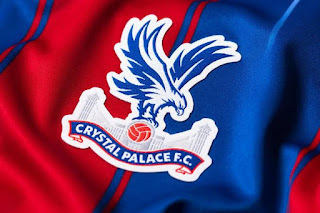 Chiliz, one of the world’s leading blockchain providers for sports and entertainment, has announced a partnership with Crystal Palace.

With the launch of the Fan Token, Crystal Palace became the sixth club in the Premier League to offer it. The others are Arsenal, Manchester City, Everton, Aston Villa, and Leeds United.

As part of this partnership, $CPFC Fan Token will be available through Socios.com, a fan engagement and rewards platform.

“This partnership will provide us with new opportunities to engage with our fans both in the UK and internationally, and it will give us new ways to recognize and reward the tremendous support we receive as a club,” said Barry Webber, Commercial Director at Crystal Palace.

“Socios are leading the way in blockchain technology within the sports industry, as we have observed from their relationship with other leading clubs, and their track record of connecting fans with clubs, and we’re looking forward to joining their community,” Barry added.

In the beginning, all members and season ticket holders will be able to redeem a $CPFC Fan Token for free. Fans will be notified through official club channels of how to collect their free Fan Tokens before the launch.

Details regarding the launch of the $CPFC Fan Token Offering (FTO) will also be revealed soon. Fans will be able to buy $2 CPFC Fan Tokens in the FTO.

Located in Selhurst in the Borough of Croydon, South London, England, Crystal Palace Football Club competes in the Premier League, the highest level of English football. Founded in 1861, the club became a professional outfit in 1905.

The CEO of Chiliz and Socios.com, Alex Dreyfus, said: “Socios.com allows fans to connect with and be rewarded by their favourite teams every single day.

“There will be a cool new way for Eagles at home, as well as those who have left the nest, to get closer to their favourite club very soon.

“We now have more than 100 major sporting organizations on our roster, including six Premier League teams. Our goal is to develop and improve our app to give fans the opportunities for engagement, recognition, and rewards they deserve,” Dreyfus added.