CRYPTO: Nigeria, Kenya, South Africa and Tanzania listed as countries with the highest transactions in crypto assets in Africa 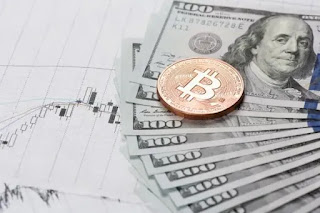 According to Chainalysis, a digital analytics firm, between July 2020 and June 2021, Africa received $105.6 billion worth of crypto assets.

Additionally, the report states that Africa has experienced the highest adoption rates in the world in the areas of Kenya, Nigeria, South Africa, and Tanzania in a year in which the market for digital currencies grew by over 1,200%.

Besides having the third-fastest growing crypto economy, Africa has a larger proportion of its transactions made up of retail-sized transfers than any other region, at just over 7%, compared to the global average of 5.5%.

This report analyses peer-to-peer (P2P) transactions and platforms were critically because regulations such as those in Nigeria and Kenya have made it difficult for customers to send money from their bank accounts directly to cryptocurrency businesses on these platforms.

Consequently, these customers have turned to P2P transactions as a way to bypass laws, as they are non-custodial and let customers trade cash for cryptocurrency among themselves.

READ ALSO; CRYPTO: The statue of Satoshi Nakamoto the inventor of Bitcoin is unveiled in Budapest

“The most popular platform used to be Binance, but has now changed to P2P platforms like Paxful and Remitano after the central bank’s sanction,” he explained. Owonibi, however, claims that most P2P activity takes place over informal group chats via messaging apps as opposed to conventional platforms.

“Whatsapp and Telegram are the most popular platforms for informal P2P trading in Nigeria. Several millions of dollars have been transacted with these groups of young people and businessmen.”

African cryptocurrency exchanges have continued to grow in popularity in the last year, according to the report. According to their transaction volumes, LocalBitcoins and Paxful are among the world’s top P2P platforms.

Nigeria has been leading the charge as it accounts for the majority of transactions. According to UsefulTulips, Nigeria has surpassed $300 million for P2P trading volume on these two platforms year-to-date.

The study noted that African cryptocurrency users use P2P platforms at a higher rate than any other region, accounting for 1.2% of all African transaction volume and 2.6% of all Bitcoin activity.

Paxful’s COO and co-founder, Artur Schaback, stated in the report that his platform has grown 57% in Nigeria over the last year and 300% in Kenya. According to him,

According to the report, cryptocurrencies are used by many Africans for international commercial transactions.

“It can be hard to send enough fiat currency to China to complete your purchase if you’re working with a Chinese partner to import goods to sell in Nigeria or Kenya,” Artur Schaback confirmed this. The easiest way to send bitcoin is usually just to go to a P2P exchange, buy Bitcoin locally and then send it.”