CRYPTO: Main Reason why investors lost $299bn in one day 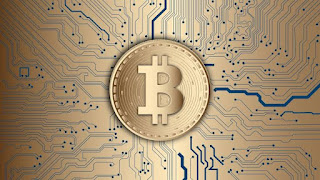 The crypto market nosedived on Tuesday, triggered by huge selloffs as investors lost over $299 billion in one day. The total market capitalisation of the crypto industry declined by 12.57% to close at $2.08 trillion.

The bearish trade on Tuesday was largely driven by declines recorded in major crypto assets, especially the world’s most popular cryptocurrency bitcoin, which dipped 11.54% as of the close of trade on Tuesday to close at $46,627.31.

The President of El Salvador announced the additional purchase of 150 BTC on Tuesday, as he stated that he is buying the dip. The president however blames the price crash of Bitcoin on the IMF, which has been spreading Fear, Uncertainty, and Doubt about the country’s adoption of Bitcoin as legal tender.

Meanwhile, Nigeria is set to kick start its pilot scheme of its Central Bank Digital Currency (CBDC) known as ‘e-Naira’ on the 1st of October 2021, with the blockchain technology known as the Hyperledger Fabric Blockchain being adopted.

The Chairman of Nigeria’s Economic and Financial Crimes Commission, Abdulrasheed Bawa has hit on the risk associated with Bitcoin and other cryptocurrencies to the world economy. According to him, many criminals now play significant roles in cryptocurrency markets, adding that virtual currencies had become their preferred medium of exchange.