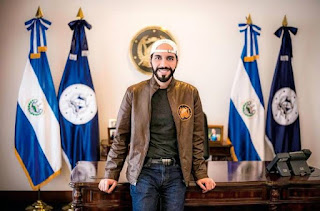 El Salvador’s bold experiment in making bitcoin official currency has moved in just three months’ time from concept to execution. This coming Tuesday, the bitcoin legal tender law will come into force. Then, the real experiment will begin.

The law, revealed at a Miami convention on June 5, will transform El Salvador’s economy, nearly a quarter of which came from remittances in 2020. It will affect local business, global investment, and daily life for Salvadorans.

Yet it was passed by congress three days after being announced with just a few hours of debate.

Preparation and rollout of the law has been messy. Salvadorans complain they have no idea what the law will mean for them, saying they have received little official communication. Global finance from big banks to rating agencies say the law could jeopardize much-needed IMF lending talks, hurt local insurers , and even weaken the bitcoin network .

As the law’s implementation date – which some call ” B-day ” – looms, opposition has mounted. Protests erupted in San Salvador , the capital, as pensioners feared their payouts could be forcibly denominated in the highly volatile crypto-asset.

Other protesters said the law could exacerbate money laundering in a country where corruption is endemic . The protests appear to be speaking for a broader public sentiment, too. A poll taken in July found that 75% of Salvadorans have reservations about the law . About half said they knew nothing about it.

The government has still yet to finish creating rules for how the move to bitcoin will work. The original bill – revealed to the world via president Nayib Bukele’s prolific Twitter account – will require businesses to accept bitcoin, but contains a possibly massive carve-out for businesses that don’t have the technological know-how.

Bukele has shrugged all this off – and has hit back at the law’s critics. In a Twitter thread , the 40-year-old president denounced the opposition as “clumsy,” saying they were “liars” that would be exposed as soon as the law comes into effect. For those Salvadorans worried about their pension or business, Bukele insists everyone will be able to keep dealing in dollars as usual. Bitcoin use isn’t mandatory, he says.

READ ALSO; CBN eNAIRA; THE JOURNEY TOWARDS THE LAUNCH OF THE DIGITAL CURRENCY 2021

Some parts of the president’s rollout are starting to coming together. Alongside an American bitcoin firm called Strike , the government has set up hundreds of bitcoin ATMs to go with a new digital wallet called Chivo, Spanish for “cool.” It is starting to run TV infomercials to educate the public. And the central bank in late August put out preliminary banking rules governing the move to bitcoin.

Many crypto enthusiasts are still standing squarely behind Bukele. Mario Gomez Lozada, CEO of crypto trading platform PowerTrade and himself a Salvadoran citizen, told Insider that bitcoin was bringing hope to El Salvador.

“There are so many people getting eaten alive by remittance fees. Bitcoin provides a fee-free path to send money home,” said Gomez Lozada. “I think all the countries in Latin America will follow: Paraguay, Argentina, and so on.”

“I never thought I would witness my home country filled with so much hope for the future, let alone leading the way for others,” he said.