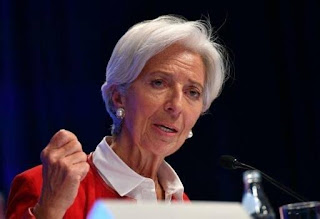 The president of the European Central Bank (ECB), Christine Lagarde, says cryptos are not currencies, adding that they are “highly speculative, suspicious occasionally, and high intensity in terms of energy consumption.” She also discussed the need for stablecoin regulation and central bank digital currencies (CBDCs).

Lagarde was asked whether “cryptocurrencies are a plus for the global economy” or whether it is too early to tell.

Lagarde proceeded to discuss stablecoins. “On the other hand, you have those stablecoins that are beginning to proliferate, which some big techs are trying to promote and push along the way, which are a different animal and need to be regulated, where there has to be oversight that corresponds to the business that they’re actually conducting, irrespective of how they name themselves.”

She explained that “instead of having banknotes and cash in our pockets in our wallets, we can have exactly the same thing but in a digital form so all of us are working on this and certainly I was keen to push the issue, the CBDC issue, on our agenda because I believe that we have to stand ready for that.”

She was also asked whether the ECB’s CBDC would be “to the exclusion of paper currencies or it would be side by side.” Lagarde replied:

Side by side, because we want customers to have their preference. If they still want to hold those banknotes and cash, fine, and it should continue to be available and around.