CRYPTO: El-Salvadorians to get $30 worth of Bitcoin as bribe to discontinue with the protest

Last week’s historic adoption of ‘bitcoin’ by El Salvador as a legal tender presents a new analytical trend on the entire concept of money.

The mistrust that clouded the courageous roll-out as well as the widespread dip of the cryptocurrency market points to the increasing role of external variables in determining the value of money.

The $30-in-bitcoin ‘bribe’ extended to every Salvadorian is also metaphoric of the emerging concept of money as a store of value, not only for the South American country but for other future adopters of the digital currency and businesses that are already accepting cryptocurrency payment. Few hours into the roll-out, the $30-incentives had shrunk to $25 as the coin dived from $52, 000 to $43, 000 in an hour amidst the hysteria and glitch around the functionality of the digital wallet.

In the run-up to the adoption, the El-Salvadorian government’s mop-up of the market to stock for its not-too-eager citizens among other factors had pumped the value of the flagship cryptocurrency to a three-month high. The historic adoption should, by logic, drive the consolidation of the uptrend of the past few weeks. Unfortunately, there is no science or logic in the crypto world. Hence the sudden dip – the steepest fall in recent history – could only shock a Salvadoran who was holding the electronic currency for the first time.

There have been different theories on the crash that followed the bumpy start to the ‘nationalisation’ of the extremely volatile cryptocurrencies. First, the sell-the-news theory, a model built on the pumping of financial asset value on the premise of a future event that could remarkably push up the price, only for those who warehouse the asset to dump it when the expected event eventually happens.

Another prominent explanation is connected to the increasing role of whales in the novel investment market. Whales are individuals or institutions which hold large amounts of a certain cryptocurrency. Like market makers in the conventional financial market, whales leverage their disproportionately huge asset sizes in trade to alter the direction of the market in a manipulative manner.

They are responsible for the pumping and dumping culture, which has become a norm in the cryptocurrency space. There is, thus, an argument that the whales dumped their hoardings to take profits when bitcoin hit $52,000 or called up their arsenal to trigger a crash in commemoration of El Salvador’s bitcoin adoption just to prove a point.

Here, whichever supposition may be true is not as important as the possibility of an individual or non-state actors to cause a major upset in the value of a supposed legal tender. It means that certain variables that were hitherto considered as residual may not matter anymore in modeling the value of money in economies like El-Salvador. 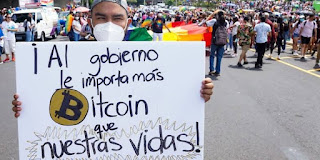 The decentralised character of cryptocurrency and the coefficient manipulative possibility are at the heart of the argument for the central bank digital currencies (CBDCs) and virtual formats of fiat currencies issued by central banks. Today, about 80 per cent of central banks, including that of Nigeria, are in the process of issuing CBDCs. Its necessity, notwithstanding, the CBDC invention raises some salient questions on currency imperialism.

Recently, the Bank for International Settlements (BIS) engaged the central banks of Malaysia, Singapore, South Africa and Australia to test the use of CBDCs for international settlements.

Of the projects whose technical prototypes will be demonstrated at the Singapore FinTech Festival holding in November, Chief Fintech Officer at Monetary Authority of Singapore, Sopnendu Mohanty, said: “Project Dunbar’s work on using multi-CBDC platforms to facilitate seamless multi-currency fund transfers is a significant contribution to the global vision to make payments cheaper and faster. The findings on how a common platform can be governed effectively and managed efficiently will shape the blueprint of the next generation payment systems.”

A similar BIS-led project, exploring CBDCs for cross-border payments, also involves central banks of China, Hong Kong, Thailand and the United Arab Emirates (UAE). Details of these concepts are still sketchy but they align with the thinking of the International Monetary Fund (IMF) in using stable coins to drive down the cost of remittances and cross-border financial transactions. The Managing Director of IMF, Kristalina Georgieva, at a forum on digital currency, said the adoption of stable coins is crucial to reducing remittances in developing countries and preventing the “digital divide”.

At the national level, countries are jostling for the smartest and most scalable electronic money that can compete beyond their physical borders. China had worked on digital yuan for years but the project only got into overdrive when Facebook revealed its plan for Diem, its electronic currency. China has found a limitless opportunity in its CBDC to reinforce its efforts to challenge the supremacy of the dollar. It also intends to pitch the digital yuan as a global currency. And fortunately, CBDCs, like other e-money forms, are only limited by their scale of utilities and not physical national borders. 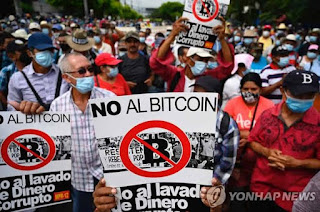 Yet, the Director-General of the Securities and Exchange Commission (SEC), Lamido Yuguda, has argued that e-naira must be designed to operate beyond Nigeria to explore the opportunity in the cross-border transaction opportunity.

Yuguda who spoke at the Chartered Institute of Bankers of Nigeria (CIBN) Advocacy Dialogue Series Four, said “the design and functionality” of the proposed e-naira must take into cognizance of the aspirations of other countries.

“In three to four years, some models will be more successful than the others. We need to be alert to what other countries are doing. I know that some countries will want to position their currencies in such a way that they will attract other users beyond their borders,” he advised.

About two weeks ago, the apex bank announced the engagement of a Barbados-based digital financial technology firm, Bitt Inc, as a technical partner for the e-naira project, which will be unveiled before the end of the year.

With operations spreading across the Caribbean, Bitt utilises blockchain and distributed ledger technology to facilitate peer-to-peer (P2P) transactions with mobile money across a suite of Bitt’s Software and mobile applications.

A statement by the Bank said the firm was chosen through a highly competitive bidding process. It said it was chosen on its technological competence, efficiency, platform security, interoperability and implementation experience. 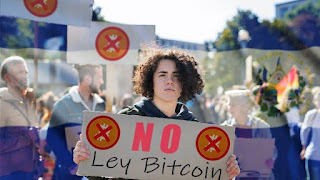 But the issue is less about the competence of the technical partner than the limited time left to work on the project. Of course, the e-naira idea was first mooted in 2017 but it only got accelerated attention earlier in the year after the apex bank stopped financial institutions from transacting in cryptocurrency trading.

Does the CBN have sufficient time to build the most needed infrastructure for an e-naira Nigerians would trust, unlike the El-Salvadoran bitcoin experiment that has triggered protests? Time will tell.