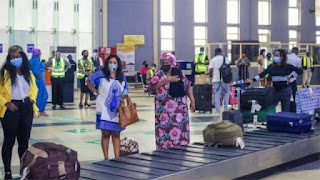 The Canadian Government has announced that it is lifting entry prohibitions it placed on Nigeria and other African countries due to the emergence and spread of the Omicron Covid-19 variant.

This was disclosed in a statement by the Government of Canada through its Minister of Health, the Honourable Jean-Yves Ducloson Friday evening.

The government stated that the rule goes into effect as of December 18 at 11:59 pm

“With the evolving situation and overwhelming evidence of community transmission of Omicron in most countries around the world, including Canada, the Government of Canada has decided to lift the extraordinary measures for travellers returning from the ten specific countries initially listed. This will be in effect as of December 18 at 11:59pm.”

Canada said it recognizes the controversial nature of its Red List and believes it was necessary to slow the arrival of Omicron in Canada and buy them some time. According to the government, given the current situation, this measure has served its purpose and is no longer needed.

They also stated that requirements for Canadians and others with right of entry who have been in or travelled from these countries within 14 days to obtain a valid negative pre-departure molecular test in a third country, and to stay in a designated quarantine facility, upon the direction of a quarantine officer, while they await the results of their arrival test, will also be lifted.

Recall Newsway reported on December 1st that the Canadian Government announced a ban on travellers who have visited African nations including Nigeria, Malawi and Egypt, amid worries over the spread of the Omicron variant of the Coronavirus.