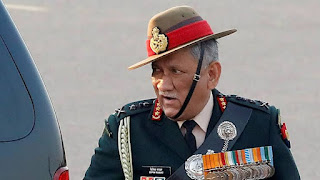 India’s defense chief General Bipin Rawat, his wife and eleven other people were killed in the crash of a military helicopter in the southern state of Tamil Nadu, the Indian Air Force (IAF) said. The “tragic accident” occurred on Wednesday afternoon near the town of Coonoor. The helicopter was on its way from an air base for the Defense Services Higher School when it crashed.

Authorities said they had opened an investigation. Defense Minister Rajnath Singh was due to speak in parliament on Wednesday on the incident. 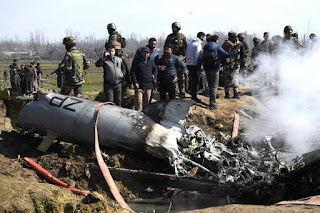 Previously, news channels showed a flight manifest with the names of nine passengers, including Rawat’s wife and another senior defender.

Videos broadcast on Indian news channels showed the helicopter catching fire in a densely forested area near the university as locals tried to put out the fire. took over as Chief of the Army after his retirement last year. He was considered a close Prime Minister Narendra Modi’s friend and was an advisor to the Ministry of Defense. 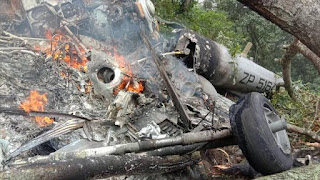 The general, who had been in the service for four decades, commanded troops in Indian-administered Kashmir and along the Royal Control Line that borders China.

He is credited with reducing the armed conflict on India’s northeastern border and has overseen a cross-border counterinsurgency operation in neighboring Myanmar.