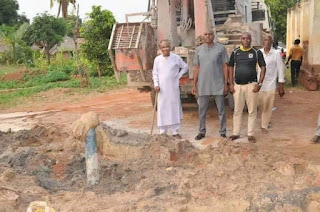 BOB TYOUGH IS SET TO DRILL 104 BOREHOLES IN 26 COUNCIL WARDS OF KWANDE BEFORE APRIL NEXT YEAR.

Hon. Robert Aondona Ityough who in his funeral oration acknowledged the selflessness, commitment, openness and upright life style of Hon. Kor regretted his inability to reciprocate the worthiness of Kor and the much he desired to, sitting obstacles that befalls the country in recent times as the reason. 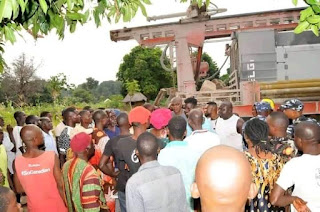 Bob who touched a little in briefing his constituents on his journey so far and where he is heading expressed his discomfort over his failure to carry out his intentions the much he desires for his people but sued for sustained patience as he is working very hard to meet the yearning and aspirations of his people.

Bob further stated that, the one time representation opportunity Kwande restrict their members calling it injection is not doing them any good because the house contains 360 members and your relevancy in the house is determined by how long a member stays in the house. Bob said if he has another opportunity, he will be more effective as he fast learned the processes. He said in his first year, he was able to attract over 400 million naira worth of programs for Kwande. 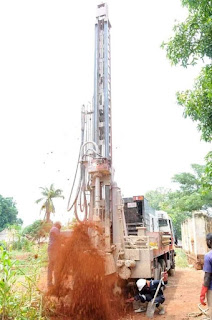 Bob named some of his projects to include rural electrification, ICT center, farm inputs distributed and forget to mention many other achievements he has on ground. The greatest thing he said that excited Barakuv and Barazov people was when he announced that, he bought boreholes drilling trucks/machines with a target of drilling at least four boreholes per council ward within Kwande.

Kwande has 26 council wards, by implication of Bob Tyough’s speech, he will be drilling a minimum of 104 boreholes before April next year.