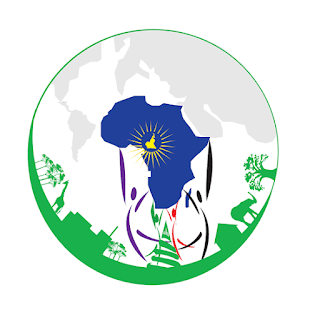 At the conference, effects of COVID-19 on member states, economic stability and security, amongst other issues, shall be discussed.
The Clerk, Namibia Parliament, Lydia Kandetu, said this shortly after presiding over the inaugural meeting of Society of Clerks-at-the-Table, an organ of the CPA that houses Clerks to the Parliament or National Assembly of member states.
According to Kandetu, about 12 countries were expected to send representatives to this year’s CPA, where decisions on various issues shall be taken, saying other countries might join later.
On the effect of dreaded COVID-19 pandemic on the Parliaments,
Kandetu, said that the conference would discuss whether to resume full sittings in member states or not.
She further said that Parliamentarians have been meeting at irregular sessions and virtually, since the wave of COVID-19.
“The COVID-19, for example has hit us so hard; so, this is the platform where we can also discuss issues of whether we can now start meeting physically or contniue virtually as the case may be,” she said.
More so, Kandetu said that the Namibian Parliament, particularly, had to divide its members to sit in different rooms to ensure social distancing.
“It was not very easy, but the members were understanding and we have then decided that, only the parties should be represented in the chamber and other members sat at different rooms where they could also participate, it worked out very well.
“Many companies closed. Many people lost their jobs. So many people lost their lives. A lot of people died, especially in the months of June – July in Namibia. We have lost a lot of people.
“The conference is going to discuss the issue of the countries that were hit and what are the possible solutions that can come up, so that each country can learn from one another.
“So, each country will tell a story that other countries are going to take back to their countries,” she added.
On his part, the Clerk of National Assembly of Nigeria, Mr Ojo Amos, said that the conference would afford member states the opportunity to cross pollinate ideas, on how to solve pressing issues in their countries.
Amos, however revealed that President Muhammadu Buhari shall officially inaugurate the 51st edition of the conference scheduled to hold on Thursday, Nov. 11.

Previously known as the Empire Parliamentary Association, the CPA was established in May 1944, as an organisation which works to support good governance, democracy and human rights.

The African Region of the CPA, which comprises of the 63 national and subnational legislatures, held its 50th conference in Tanzania in 2019, but could not sit in 2020, due to the COVID-19 wave.

Not less than 18 African countries are participating in the 51st conference, which began on Nov. 8 and would last till Nov. 14, 2021 in Abuja, Nigeria.